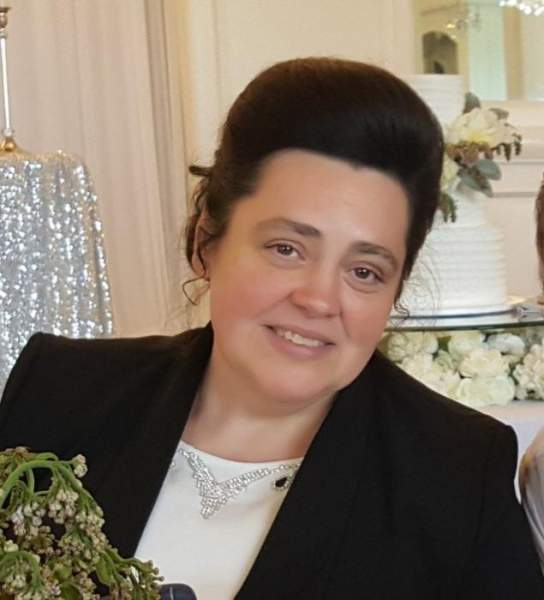 Alla Demchuk was born to Stanislav and Yevgeniya Chubok on April 14, 1966 in Kryvyi Rih, Ukraine.  She went to be with her Lord on Sunday February 20th in Wichita, KS. She was the oldest of 16 children. Growing up she was a great role model to her brothers & sisters. Often she took on the role of a second mother by cooking, cleaning, baby sitting and helping buy groceries by standing in line for hours. During her young adult life she served the Lord in ministry by singing and playing guitar. On July 4th, 1984 Alla made a covenant with the Lord in water baptism. In 1988, she met the love of her life Andrey Demchuk in Rivne, Ukraine. They were happily married on November 6th 1988.

A year later, on November 25th 1989, they welcomed their son Dmitriy. On November 10th 1990, a new chapter began in the couple’s life when they moved to the United States of America. For the first 9 years they lived in New Jersey and soon after moved to their new home in the mountains of North Carolina.

In 2007 God inspired Andrey and Alla to move to Wichita, KS. During this time she became a beloved member of the community. She opened her heart to everyone. She was a proud owner of a small European Foods store. The store was an outlet for her and the community to share in the sorrows and joys of the Wichita community. She was a mom to many, a shoulder to cry on, a joyful heart to rejoice with, and a trusted person to ask for advice. Her generous heart impacted many lives with her unconditional love for everyone. She helped and served everyone in need. Alla was a follower of Christ, a loving wife, dedicated mom and grandmother. She was a dedicated member of Wichita’s Ukrainian- Russian speaking diaspora and an incredibly loving and caring friend.

Throughout her life, Alla was told that she would not be able to bear any more children. In 2011 she received miraculous news that she would become a mother again. Sadly, on September 7th, 2011 she received devastating news that her miracle son, Bohdan, went to be with the Lord. Devastated with this heartbreaking news, she gave herself to serving others in the community even more. In 2013, Dmitriy, her only son, married Olena and in March of 2014 Alla became a proud grandmother. In the years to follow, Dmitriy and Olena blessed Alla with 5 wonderful grandchildren.

To order memorial trees or send flowers to the family in memory of Alla Demchuk, please visit our flower store.