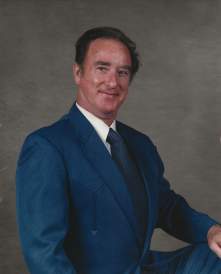 Alton Alonzo Sullivan, 84 of Wichita, Kansas passed away Friday, January 29, 2021. Alton was born in Lindsay, Oklahoma September 7, 1936 to Clara (Robbins) and Jack Sullivan. He entered the Army in 1959 and was a combat engineer in the 1st Infantry Division. He received a good conduct medal in expert (rifle) (pistol). During his Army tour he was stationed in Stuttgart, Germany where he married Ingeborg (Muller) Sullivan. He then was stationed at Fort Riley, Kansas.

After the Army, Alton moved to Wichita and went to work for Boeing Aircraft Company where he retired in 2000. He loved the outdoors; fishing, hunting and gardening. He also loved his cowboy hat, boots and a good cigar.

To order memorial trees or send flowers to the family in memory of Alton Sullivan, please visit our flower store.