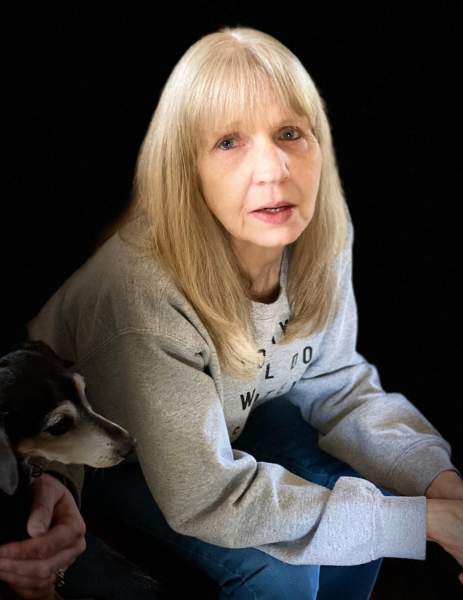 Annita Black achieved the ultimate victory when she went home to be with the Lord on October 21, 2022.

Annita was one of seven children. Their father, David Cooper, taught her his trade as an automotive painter and she worked alongside him for a number of years. After meeting the love of her life, a long-haired bellbottom wearing friend of one of her brothers, they fell in love. Married at just 18 years old, she and Jim were inseparable for the next fifty years. She and her father taught Jim the trade of painting cars and they worked together until she became a full-time wife and mother with the birth of their first child, Jimmie Jr.

Ten years later, despite doctors declaring that she could no longer have children, she welcomed their daughter Amber into the family. For the first thirty days of Amber's life, the doctors gave Amber little to no chance of surviving. Even so, Annita and Jim stood by their daughter and refused to accept that answer - even firing doctors who would not accept that God could work a miracle.

She and her sister, Debbie, worked together to run their own restaurant for a few years. They each had their own specialties, but everyone loved it when Annita made potato soup. It was always a sellout! In the end, She decided to return back to being a full-time mother and wife. Her heart was always with her husband and children and that was the source of her greatest joy.

Together, Annita and Jim raised Jimmie and Amber in the love of God and saw them both become ministers of the Gospel. She was a true living example of God's love in action to both of her children, her husband, and anyone who had the privilege of sharing time with her. One couldn't have a conversation with her and walk away without feeling better. Whether she simply showed love or shared the amazing wealth of wisdom she had, she always had something to offer.

Annita was a rock. Her family has always depended on her and patterned their faith and trust in God after her own. Even when a bad diagnosis came, she trusted God, and gave those around her the strength to stand. Not once, even though she had many opportunities, did her faith falter. Because of that, anyone who knew her has no doubt that she is in the arms of God at this very moment, enjoying Heaven's reward.

She is preceded in victory by her grandmother, Rev. Ida Mae Timbers-Kellogg and grandfather, Clifford Close, father and mother, David and Dorothy Cooper, sisters Deborah Hayes and Davidena Baldwin, and her brother, Ronald Cooper, all of Wichita, Kansas. She is survived by her husband, Jimmie Black, Sr., her children Jimmie (Kristi) Black Jr and Amber (Jesse) Fillenworth, her grandchildren, Matthew Barker, Jenna Barker, Jimmie Black III, Wyatt Fillenworth, and Ace Fillenworth, her brothers Jackie Joe Cooper and David Cooper and her sister Kathie (William) Mercer, all of Wichita, Kansas, as well as numerous nieces and nephews.