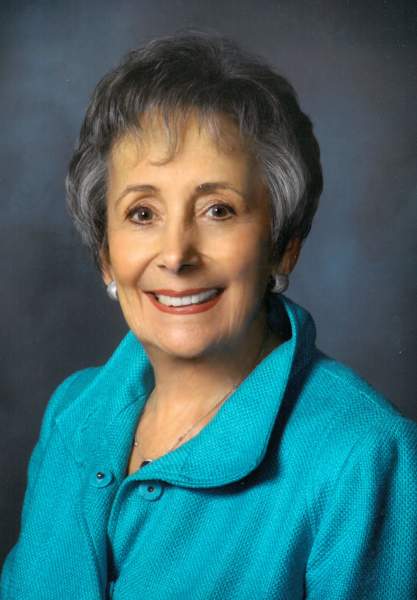 Brenda Kaye (Farha) Farha fell asleep in the Lord with her loving family around her on February 16, 2021. She was born in Wichita, Kansas, on March 1, 1941, to Bahij (BF) and Marguerite Farha, the youngest of five children. She attended North High and then went on to Stephens College in Columbia, Missouri. In July 1960, she married her beloved husband George; together, they had four daughters and a Great Life.

Brenda is best described as a strong, generous, loving woman with a feisty zest for life. She was deeply devoted to God, family, and community. Her lifelong membership at St. George Orthodox Christian Cathedral was the foundation for Brenda’s devotion to all levels of the Church. She enjoyed her weekly volunteer shifts at The Treehouse and was known as “Chief Kibba Baker” for the St. George Annual Lebanese Dinner. As a teen, Brenda helped start the Orthodox Youth Group, Teen SOYO, and maintained her commitment to supporting youth through Christ the Savior Academy and the Orthodox camping programs. Brenda had served on the American Board of the St. George Hospital in Beirut, Lebanon, whose mission is to treat all patients with dignity, respect, and compassion.

Throughout her life, Brenda’s community involvement included: Medical Auxiliary, The Junior League of Wichita, and the Wichita-Sedgwick County Historical Museum. She was dedicated to fighting Huntington’s Disease and was a founder of Hereditary Neurological Disease Centre (HNDC). At Wichita State University, she served on the Board of Trustees and was the first female chair; she sat on various other university committees as well. Brenda was also very fun-loving, she enjoyed Las Vegas and Glenlivet, and she adored her little dog GiGi.

Opera and musical theater were her passions. She was an avid supporter of the Wichita Grand Opera and the Music Theater of Wichita and loved to take trips to New York to attend performances with her family. She and George were among a group of donors in 2012 who helped bring renowned opera singer Samuel Ramey to Wichita State through the creation of a guest artist-in-residence program in the College of Fine Arts. They also established the George and Brenda Farha Endowed Fellowship in Opera. The Brenda Farha Fellowship in Opera was created in Brenda’s honor by her four daughters.

The heart of her family and extended family, Brenda was a source of great comfort, strength, and guidance; she was everyone’s cheerleader, champion, and confidante. She was considered a “Godmother to all” and warmly hosted and cared for numerous relatives from Lebanon over the years.  Loved by many, Brenda will be sorely missed, but her legacy carries on through her family, friends, and community efforts.

We will never forget Brenda’s unique way of connecting with people, as evidenced by the assorted monikers applied by her loved ones. Mama, B, Sittie, Maam, Aunt, Godmother, Mouse, Sittouie: you were everything we needed you to be exactly when we needed it.

There will be two services to choose from at St George Orthodox Christian Cathedral: Trisagion Prayer Service at 6 pm on Sunday, February 21, or funeral at 11 am on Monday, February 22, followed by the burial at Kensington Gardens. Family asks that masks are worn, and social distance be maintained.

To order memorial trees or send flowers to the family in memory of Brenda Farha, please visit our flower store.