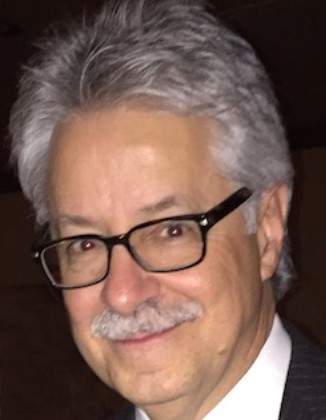 On Monday, June 28, 2021, at the age of 66, Britt Fulmer passed away peacefully in his home surrounded by family, after a 17-month battle with cancer. Britt was born November 22, 1954 in Topeka, KS to Royce and Mary (Miccolis) Fulmer. He went on to study Advertising at the University of Kansas, during which time he took his first job at a menswear store. He developed a passion for clothing, which is why he often remarked that he never worked a day in his life, since it was doing what he loved. Soon after graduating from college, he followed Brenda Baker to Wichita, KS. One afternoon just two months later, he slipped a ring on her finger while she was napping. They were married on July 16, 1977 and went on to raise two daughters, Lauren & Morgan. He bought a local menswear store Gentry Ltd, where he worked for 44 years. He described relationships as the cornerstone of his business, and considered his patrons as friends, not customers. To know him was to be nicknamed by him. Ever the consummate gentleman, he is remembered for his unwavering faith, his consistency of character, his wit, his calm contentment, and his consideration of others. Britt was an avid lover of music, and played in several classic rock bands. A diehard KU basketball enthusiast, he couldn’t watch a close game live because he was too emotionally invested. He enjoyed traveling, and was looking forward to doing more of it in his retirement; though recently when a hopeful beach trip became evident as impossible, he shrugged, “Well, Heaven is much better than Hawaii.” Britt was preceded in death by his father, Royce and mother, Mary. He is survived by his wife Brenda, his two children Lauren (Dustin) McBride & Morgan Fulmer, his brother Robert Fulmer, his three grandchildren Isla, Logan, and Remi McBride, his stepmother Karen Fulmer, and half siblings Justin Fulmer and Lessie Hedman. For over 30 years, Britt was the chairman of Victory in the Valley, a comprehensive cancer support organization which provides over 100,000 contacts annually. Their hospitality suite in the Heritage Plaza Building is being renamed after Britt in commemoration. In lieu of flowers, his family would be honored by a donation to this ministry. We will be celebrating Britt’s life on Wednesday, July 7, 2021, at 1:00 pm at NewSpring Church in Wichita, 12200 E 21st St N, with a reception to follow.

To order memorial trees or send flowers to the family in memory of Britt Fulmer, please visit our flower store.