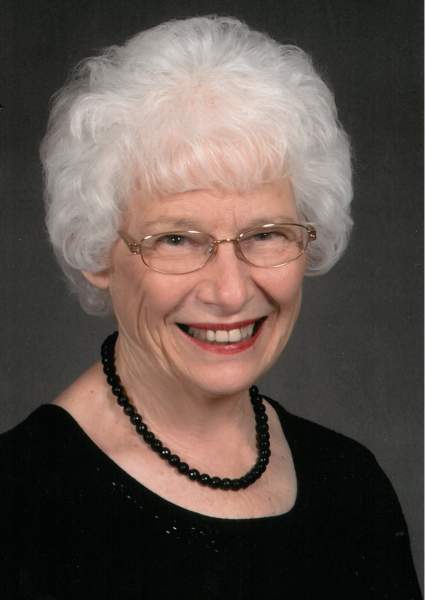 Carol Ellen Borgess Kuhns was born September 28, 1938, in El Paso, Texas to Thomas Edward and Ellen Brient Borges. She had one sister, Ann Borges Eubanks, of Houston, Texas. Growing up in El Paso she was surrounded by a loving family and many friends, especially those at First Church of the Nazarene, where she was a member. Her days were spent in various activities at school and church and socializing with her friends. Her parents both worked for the railroad and she had fond memories of visiting her mother at her job and watching her as she worked at her desk as a secretary. At an early age Carol began to have a real desire to be in the business world, working as part of a busy office staff.

She graduated from high school in May of 1956 and that fall she attended Pasadena Nazarene College. At the end of the first semester she returned to El Paso and enrolled at Texas Western College in El Paso. During this period of time, she met a handsome young soldier from Wichita, Kansas, by the name of Dick Kuhns, who was stationed at Fort Bliss in El Paso. After attending college for one year she decided to get out into the business world. She had already held part time office positions for two different businesses and she soon launched into full time work at William Beaumont Army Hospital, working in their personnel department. However, her new career was soon interrupted by Dick, the soldier she had met and fallen in love with. After several months of dating and courtship Dick asked Carol to become his wife and they were married February 14, 1958. They moved to Wichita, Kansas where they set up their first home.

Three children were born into this marriage – Henry Richard Kuhns, Jr., Thomas Edward Kuhns, and Julie Ellen Kuhns. After attempting to work and also be a wife and mother, Carol and Dick decided it would be better for her to stay home and care for their family. She spent the next 16 years being a housewife and mother, focusing most of her energy on her family and their needs. She was also active in the church, teaching 3rd grade Sunday School, teaching and helping in Vacation Bible School, and being active in other various children’s activities both at church and at the school her children attended. Sadly after 18 years of marriage, Dick and Carol divorced. However, this was not to be the end.

When her children were teens Carol felt it was time to go back into the business world. She held various secretarial jobs for the next few years. In 1983 she began to feel God’s call on her life and knew that He was calling her to work at Nazarene Indian Bible College. In God’s timing she moved to Albuquerque, New Mexico to work at the Nazarene Indian Bible College. That was in February of 1985. She became Secretary to the President of the College. Shortly after arriving at NIBC her beloved Dick followed her and through God’s wonderful grace and mercy they were reunited in marriage, Dick accepted the job of Maintenance of the campus, which soon led to Work and Witness Coordinator and coordinator in the building of the campus. Carol and Dick enjoyed their work at the college very much and spent two different times working there – from 1985 to 1987 and then returned to the school to work in the same positions in 1994, staying in those positions until June of 1997 when First Church of the Nazarene called and asked Dick to consider returning to take over the care of the facilities there. Carol worked faithfully beside her husband for the next 10 years, helping with the care and maintenance of the building. In January of 2007, Carol and Dick retired and enjoyed their retirement years very much.

Carol and Dick were blessed with three children, nine beautiful grandchildren who became the highlight of her life. She enjoyed having her children and grandchildren for Sunday dinners and babysitting the grandchildren. Her granddaughters liked to have sleepovers at Grandma’s house and she always made sure the refrigerator was stocked with good things. She always enjoyed watching them laughing and talking together. She also enjoyed her grandsons, going to their ball games and swim meets whenever possible. About the time the first of the eight grandchildren were all in high school, she was blessed with the ninth grandchild. He was such a delight to her and she enjoyed babysitting him and spending special “grandma time” with him. How often she remarked to Dick what a miracle of blessings God had bestowed on them giving them three wonderful children and their spouses and then to shower on them the blessing of nine fantastic grandchildren. Then as the grandchildren grew up they blessed them with 14 great grandchildren with a 15th on the way in 2023.

Though her family was so very precious to her, Jesus was even more precious to her. She loved God with all her heart and strived to serve Him through her daily living. Through many storms and battles in life, Jesus was her strong anchor.

She is preceded in death by her husband, Dick; parents, and sister, Ann Eubanks.

First Church of the Nazarene