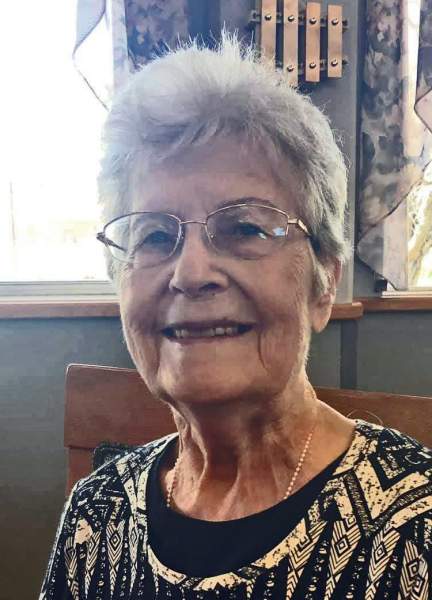 The Rest of the Story

Charlotte lived a great life.  She was raised on a farm near Victoria Kansas. One of 9 children, she knew what was important in life and that was family.  Graduated from Victoria High in 1949, married Art Sanders July 21st 1951. Art and Charlotte raised 5 children starting out in Hays Kansas and later moving to Wichita Kansas.  Most described Charlotte as such a pleasure to be around.  The Victoria High 35th reunion committee described Charlotte as “enthusiastic, vivacious and full of love chatter.   They went on to say that Charlotte willed her “giggle” to a named teacher so the teacher can aggravate her class --- too!

Those who knew Charlotte have probably played cards with her at one time or another.  After she retired, she became very serious about her bridge game.  She also loved playing “aggravation, pitch, pinochle and at times poker”.  No one wanted to sit to her right hoping for the last card trick.  Her favorite saying was to “Save the ACE” and she always had an Ace of trump in her hand in order to take your King.

Charlotte was also known for her pies especially coconut cream and for the family’s favorite German dish referred to as cheese sacks.   They were always requested during special occasions.  Baking was a must in this family especially since all birthdays except her oldest son Mike was around Christmas time.   Each child had a favorite and that favorite dessert was always made available even when birthdays were celebrated in one dinner.

A big part of that “full of life” enthusiasm was travel.  After most of the children were grown, Art and Charlotte traveled to Bermuda and various places in the US.  Once Charlotte got her first passport, off she went to Japan, England, Scotland, Ireland, Rome and Israel.  Her pictures show all her adventures.  Every where she went she had to collect a rock.  Her travel companions were almost always the one to carry the rocks through the countryside.

There was never a problem filling the hours in the day for Charlotte.  When she wasn’t playing FreeCell on the computer, cards with friends, visiting with family or gardening; she spent time volunteering at St Anne’s and Botanica or another worthwhile cause. Harvest house will definitely miss that Coconut Cream Pie.  Charlotte lived a very full and happy life and was loved by many.  That is her story, so please share your favorite story with the family on the tribute page.  All were blessed to have her in our lives for the last 90 years.  Charlotte is carrying our hearts and the final ACE of Trump to Heaven for those card games with her family, friends and the Angels.

To order memorial trees or send flowers to the family in memory of Charlotte Sanders, please visit our flower store.