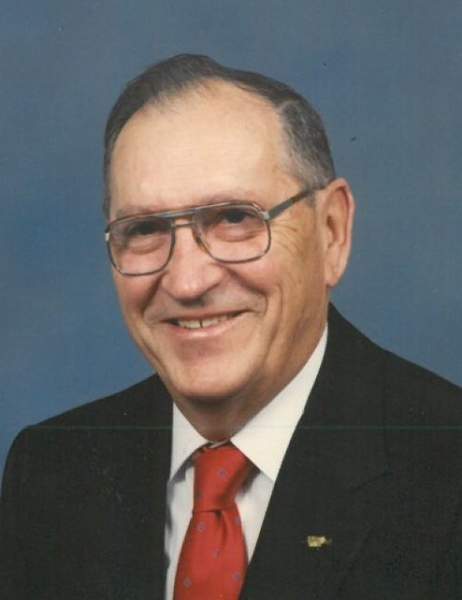 Clifford Dale Rich was born October 6, 1929, in Waco, Kansas, to Richard Lester and Lilly (Cobb) Rich. He was raised on the family farm in Waco and later north of Valley Center, Kansas, where he graduated fourth in his class in 1947.

He married LuEtta Maud Ulbrich, August 10, 1952, in Valley Center. After marrying he worked on a local dairy farm until the Army came calling in 1954. Two years later the family moved to South Wichita, where Dale worked briefly at Boeing, before taking a route position with Canteen Vending Company. He could fix just about any machinery used in the vending machine business. Dale retired from Canteen Co. after 40 years in 1997 and stayed fascinated by vending machines. After his first retirement, he was employed servicing hot tubs across the state. Then Dale took great joy in driving a school bus for the YMCA, carrying children to field trips, day camps, and other summer activities.

He was extremely proud of his two daughters, Marilyn Kathleen and Lynda Marie, and his step-children Debbie Lynn and William (Bill) Rutledge.

Dale came to know the Lord personally at a young age and was active in church most of his life. He was a member of Trinity Baptist Church from 1956 to 1981 when he and LuEtta moved their church membership to Immanuel Baptist Church. Dale enjoyed serving as a deacon, youth leader, trustee, Sunday school teacher and choir member. He followed in his father’s footsteps in his knowledge of the Bible and especially Bible prophecy. He was known to share his witness to anyone he met.

After LuEtta passed away in July 1984, Dale married Barbara E. Kubik, December 28, 1985, at Immanuel Baptist Church. Dale and Barbara resided in Southeast Wichita and Maple Gardens Village in West Wichita until a recent move to Via Christi McLean.

Dale and Barbara enjoyed their travels to Missouri, Florida, and points in between visiting friends, family and historic sites along the way. In his retirement years, he took an interest in the American Revolutionary and Civil Wars and renewed his lifelong fascination with Japan. He also loved to read and could devour a book in several hours.

Burial will take place at Green Valley, Furley, Kansas. Due to the pandemic restrictions currently in place, a memorial service will be announced and conducted at a later date.

The family wishes to convey their gratitude for the love and prayers expressed through the years and especially during this most recent difficult time.

To order memorial trees or send flowers to the family in memory of Clifford Rich, please visit our flower store.