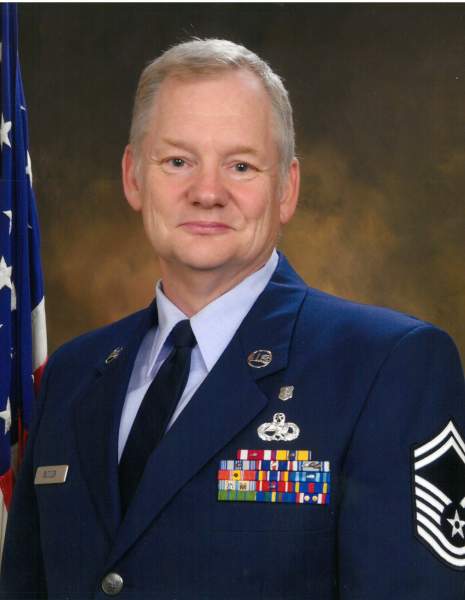 David Allen Butler, 63, Air Quality Control Inspector for the Kansas Department of Health and Environment and retired Senior Master Sergeant of the Kansas Air National Guard, passed away at home surrounded by family after a long courageous battle with cancer on Saturday, February 13, 2021.

David started his very full life on October 3, 1957 in Ames, Iowa. He moved around a lot during his youth and graduated high school in 1976 in Plattsburg, MO. After high school, he attended the University of Dubuque and obtained a degree in Biology and Environmental Science. During this time, he worked at the family hardware store and was active in Greek life where he met lifelong friends at Mu Sigma Beta fraternity.  But most importantly, during his time at college he met the love of his life Beth. He graduated in 1981 and moved to western Kansas in 1982. There he began his long career with the State of Kansas in the Ag Department and started his journey as a loving husband on September 4, 1982. He worked there for three years and then moved to Wichita to continue his career with the Kansas Department of Health and Environment as an air quality inspector in 1985. In 1986 he joined the Kansas Air National Guard, where during his 30-year career, he got to enjoy his love of traveling and working on planes. He retired in 2016 with the rank of Senior Master Sergeant. During that time, David and Beth had two wonderful sons. He was very active at Mt. Vernon United Methodist Church where he served on many committees and was an active participant in the annual church garage sale. David was also a leader for Boy Scout Troop #614. Even after both of his sons earned the rank of Eagle Scout, he remained active serving the troop and council. During Dave’s free time he enjoyed fixing up his classic cars, repairing anything that needed fixed, and always found time to lend a helping hand.

To order memorial trees or send flowers to the family in memory of David Butler, please visit our flower store.