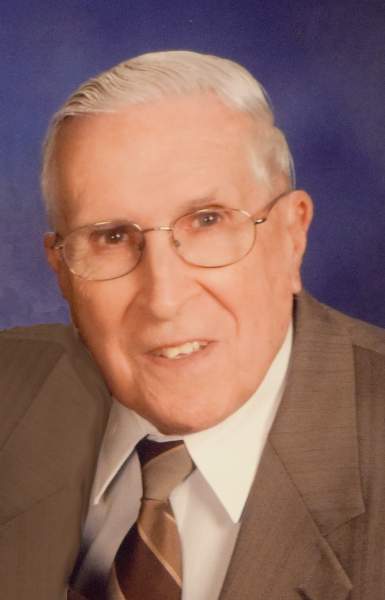 Delmar A. Quade was born on October 17, 1933 to Albert Fred and Lillian Marie (Bersche) Quade in Blackwell, Oklahoma. He was baptized at Trinity Lutheran Church, Blackwell on December 10, 1933 and was confirmed in Christ on March 30, 1947. He graduated from Blackwell High School in 1951. He attended Northern Oklahoma Junior College and graduated May 1953 with an Associate of Science degree and was named outstanding male student for his graduating class. He graduated from Oklahoma A&M University (now Oklahoma State University) in 1956 with a degree in Civil Engineering.

He married Irma L. Biederman on June 10, 1967 and they became members of Trinity Lutheran Church, Wichita in October of 1967 where Delmar was an active member and served in various leadership roles. At Trinity, he made many lifetime friends.

He began his career at Boeing Military in 1956 where he had the honor of working on various projects as both a structural design engineer and a loads/structural dynamics engineer. His favorite projects included developing the parachute system that saved the solid rocket booster on the Space Shuttle and serving as Tech Staff Integration Manager on the Air Force One program.

The Lord called His servant, Delmar home on October 25, 2021 after a long and blessed life here on earth. Delmar leaves behind a legacy of faith that will continue on for generations to come. He is survived by his wife, Irma; daughters, Deborah (Patrick) Conner and Diane (Don) Johnson; and grandchildren, Lillian, Colin, Seth, Elyse, and Micah.

To order memorial trees or send flowers to the family in memory of Delmar Quade, please visit our flower store.