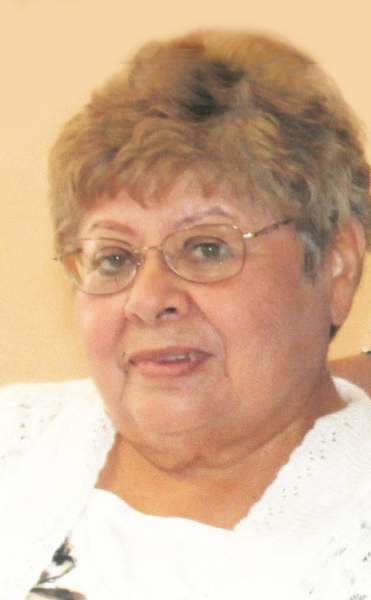 Delores Burris age 78, died January 16, 2022. She was born in South Haven
Kansas, to Louis & Mary Martin. She was the 11th child of 13, 6 brothers
and 6 sisters.
She was diagnosed with Polio as a young girl of around 6 years of age.
Over the time spending several years in the hospital. Upon her release,
she was ready to go to school. She seemed to be fearless about walking on
crutches through her years of grade school and high school, which didn't

seem to slow her down. She graduated in 1962, from South Haven
High School. Upon graduation she attended the Wichita Business College.
After completion, she was employed by a well established mailing service
business. She, along with her brother-in-law bought out the Handy Cappers Mailing
Service , keeping it several years. She was hired by Kansas Elks Training Center

went to work at Hanco, Inc., as Office Manager, which was owned and operated

by Virgil and Kay Esau. In 1980, the former company was renamed Handy

Mailing Service where Delores became Manager of Mailing Services.
She retired in 2009, being off a couple of years, before being asked to

return to her former employer. She returned to work with Handy Mailing
Service and worked up till the time of her death.
Delores was a lady, "on the go". Besides being employed almost full time,
she was a member of the Post Polio Group, and a volunteer for many
organizations. Senior Expo for several years, Kansas Food Bank, Election
Day Precinct volunteer and in 2009 became a volunteer, with Active Age

Newspaper, as an administrative volunteer for the next 12 years,

working up to December of 2021.
Delores and her husband, Richard, were married July 1, 1972. They were
both animal lovers and through their 49 years together they shared their
home with first a couple of cats, Windy and Mindy. Over the years they have
rescued several dogs. A Chihuahua, named Chico, is the guardian of the
house now! As her husband, Richard said, "Delores lived a very active and
well lived life". "That she did and enjoyed it all."
" Delores is going to be greatly missed by her family and friends".

To order memorial trees or send flowers to the family in memory of Delores Burris, please visit our flower store.