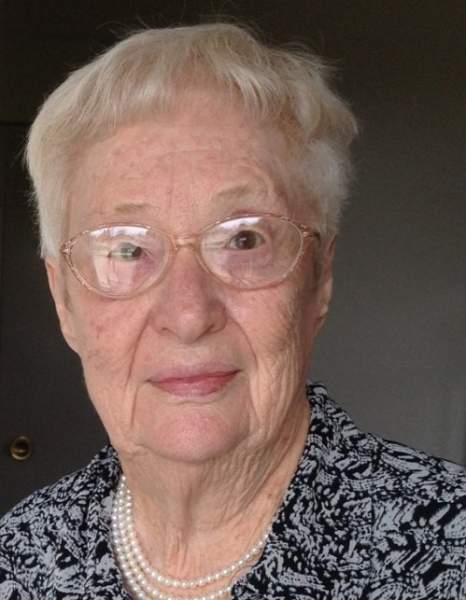 Dorothy "Maxine" Lawrence, passed away on December 9, 2:30 pm, at Lakepoint Skilled Nursing in Wichita, KS. She was 98 years old. She was preceded in death by her two sisters and brother, as well as her husband, John "Jack" Gilbert Lawrence. Maxine is survived by her daughters, Mary Walker (Phillip) and Rebecca Lucas (David), as well as four grandchildren and two great-grandchildren.

She was born in Pike County, Illinois and graduated from Payson High School, Western Illinois University, and Shurtleff College in Alton, Illinois. During her years in the Alton area, she taught school mainly in Roxana, was active in the church, and ABW, and served as president of the Wood River Garden Club. In 2008, Maxine and Jack moved to Prairie Homestead in Wichita, KS. After Jack's death, she moved to Lakepoint Assisted Living where she died.

Due to Covid, there will be a private family graveside service at Oakwood Cemetery in Alton, Illinois, at a later date. Donations may be made to Upper Alton Baptist Church or Rosewood Heights Fire Department. Share condolences at www.cozine.com. Arrangements by Broadway Mortuary.

To order memorial trees or send flowers to the family in memory of Dorothy Lawrence, please visit our flower store.