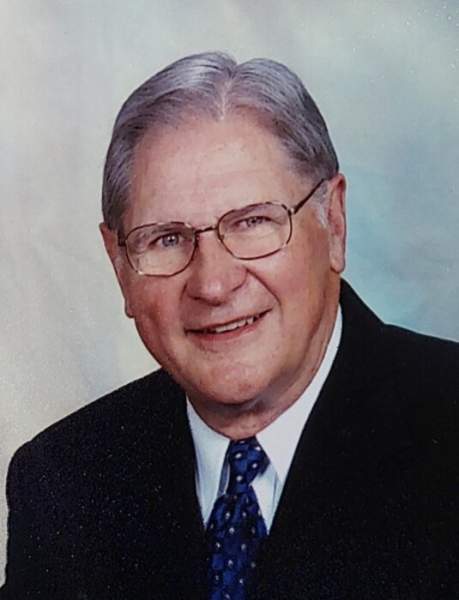 
Dr. Paul D. Longhofer, retired Wichita Public Schools administrator, died at home on November 21, 2020. He was born in Junction City, Kansas on July 22, 1938, the youngest of nine children of Fred and Emily Longhofer. He began school in a one-room school house in Spring Valley in Geary County, Kansas. He graduated from Salina High School and attended Washburn University and Cowley County Community College on football scholarships. He received his bachelor’s degree from Kansas State University, his master’s degree from the University of Missouri and a doctorate from the University of Kansas. He completed additional post-doctoral work at George Washington University and at Wichita State University.

He began his professional career in Topeka, Kansas, working as a junior high school teacher, and as an acting principal during his first year of teaching. Following the completion of his master's degree he returned to Topeka to help open the new Landon Junior High working as a counselor and teacher. He later worked as Assistant Principal at Topeka High School and the district's Title I coordinator. In 1969, he moved his family to Wichita to become the Director of Employee Relations for the Wichita Public Schools. During that time he was active in a number of national professional organizations, including being a co-founder, President and board member of the the North American Association of School Negotiators. He wrote extensively and spoke nationally on the topic of educational negotiations and worked as a consultant to school districts across Kansas and Oklahoma, assisting them with employee negotiations and strategy. Over a 25 year career with USD 259, he also served as the Principal of Truesdell Jr. High School, North High School, and East High School, earning the love and respect of thousands of students and faculty members. He also served as an Area Superintendent, Assistant Superintendent and Clerk of the Board of Education. Following his retirement in 1995, he continued to work as a consultant for school districts across the State of Kansas, focusing on ADA/Section 504 issues and the 21st Century Community Learning Center grant program. In 1996 he was named Interim General Manager of KPTS Television, guiding the public television station through a major leadership transition.

Throughout his life, Paul loved to travel, making many trips throughout Europe, and visiting the Far East, the Holy Land and Australia and New Zealand with Jan and on occasion with the whole family. After retirement, he loved to plan trips with his grandchildren, including excursions to Yellowstone, New York City, multiple cruises, and a trip to Disney World. He was well known for his ability to find a local ice cream store, regardless of what continent he happened to be on at the time. He was an active member of the Wichita Downtown Rotary Club, serving as the organizations Vice President.  He was a Paul Harris Fellow, a member of the Fran D. Jabara Society, and received both the “Service Above Self” award and a Distinguished Service Award from Rotary. He particularly loved the Rotary Reading is Fundamental (R.I.F.) program and spent time reading to students in many classrooms across Wichita every year, usually wearing his distinctive "Cat in the Hat" necktie.

Dr. Longhofer was tireless in his service to the Wichita community.  He was an active member and leader of the First United Methodist Church in Wichita. Later, Jan and Paul were founding members and very active in Chapel Hill United Methodist Church in Wichita.  He served on the Board of Trustees for Friends University and the President’s Advisory Council for Hesston College.  He served on the Board of Directors of the Wichita Salvation Army, the Salvation Army Booth Home, and was a volunteer bell ringer for many, many years. Paul served as a board member for the Wichita Prayer Breakfast for many years. He received many awards and recognitions, including the Excellence in Education award from KWCH TV and the Good Life Award – Education from the Wichita Wagonmasters. He enjoyed serving as moderator of political forums and debates sponsored by the Wichita Crime Commission. He served on the board of the Wichita YMCA, chairing the building committee for the North Branch and serving as Chairman of the North Branch Advisory Committee. He also worked as a disaster volunteer for the American Red Cross Wichita.


He is survived by his wife of 60 years, Jan, and sons Kirk D. (Linda) and Stanley D. (Julie), both of Wichita, four grandchildren and one great grandchild as well as dozens of nieces, nephews and grand-nieces and nephews. A private graveside service is planned for family members. A public memorial service will be scheduled in the future. Burial is at Fairview Cemetery in Cheney, Kansas.  Memorials have been established at Chapel Hill Fellowship United Methodist Church and the Wichita Salvation Army. Services by Cozine Memorial Group-Broadway Mortuary.

Please click here to view the video tribute
To order memorial trees or send flowers to the family in memory of Dr. Paul Longhofer, please visit our flower store.