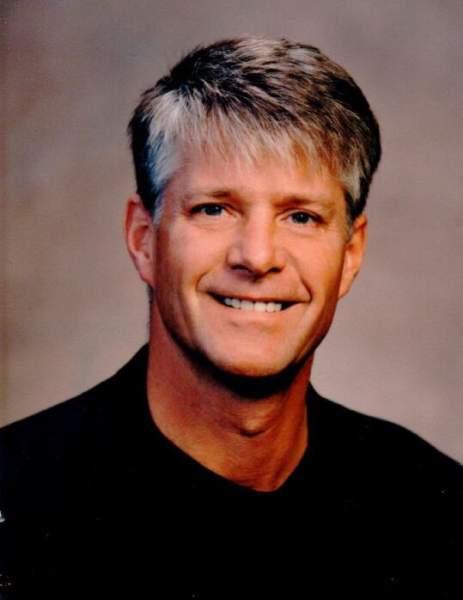 Kansas has lost a true medical pioneer, innovator, and visionary.

Robert Bruce Grene, M.D., ophthalmic surgeon, entrepreneur, athlete, a force behind the Wichita Eye Foundation and Eye Bank, enthusiastic supporter of Wichita, the namesake for the eponymous Grene Vision Group, husband, father, and friend died on Monday, Oct 3, 2022 at his home in Andover, Kansas after a long and determined battle with Parkinson’s disease.  Dr. Grene was 68.

The son of a small-town doctor, Bruce was born October 8th, 1953, in Hays, and grew up in La Crosse, Junction City, and Topeka, Kansas.  After graduating from the University of Kansas in 1975 with a degree in Cell Biology—where he was KU’s nominee for the Rhodes Scholarship—he continued to medical school, obtaining his M.D. from KU in 1978. He returned to KU to study ophthalmic surgery, his true passion, and went on to complete a fellowship at Harvard Medical School’s Massachusetts Eye and Ear Infirmary. In 1984 he began practice at the Eye Clinic of Wichita as a specialist in surgery and corneal disease.

In 1996, Dr. Grene decided to go out on his own. He launched Grene Vision Group along with a select group of Wichita area doctors.  “I wanted to try a whole bunch of new things. I was fascinated with new technologies and wanted to test some boundaries and see what kind of organization could be built”, he said to the Wichita Eagle in a 2011 interview.  He said the goal was to “create a traditional doctor-owned group practice that exemplified the best balance of optometrists and ophthalmologists”.  A quarter of a century later, Grene Vision Group has evolved into one of America’s leading providers of integrated eye care and is a vital part of the Kansas healthcare community.

Dr. Grene also loved research and created Celluvisc, a product now available worldwide for the treatment of surface eye disease and injury. When asked what he was most proud of professionally, he said, “Without question, the commercialization of our formula for what is now called Refresh Celluvisc.  It’s the largest selling artificial tear in the world, and we touched a lot of people’s lives by doing that.  We’ve had a tremendous impact on how doctors treat dry eye.  We’ve made a difference.”

Dr. Grene was an innovator—he pioneered surgical techniques that helped propel LASIK to the forefront of corrective vision surgery.  He was a guest a lecturer and visiting professor at medical schools throughout the United States, and was invited to instruct at seminars in Italy, Japan, Israel, and Great Britain.

Bruce had an unbounded passion for patient care.  Although Parkinson’s forced him to leave surgery, he continued to see patients until his retirement.

The great love of his life—outside of medicine—was his partner, wife, right-hand, and ranch-hand, Mary Lynn Grene. A happy and caring couple, the two of them built a life filled with cats, dogs, horses, chaos, and laughter on their beautiful farm in Andover. Generally clueless about land management, Bruce tackled farm life with a growing collection of cowboy boots and tractors, gardens of dahlias and heirloom tomatoes, and benches where he’d sit with his favorite dog, Hank, and watch the sun rise.

Because he was a visionary, he was known to walk about with notepads for ideas, scribbles, and sketches.  He always had something cooking, both metaphorically and literally.  His lifelong enthusiasm for learning carried over to the kitchen, where he pursued baking the perfect loaf of bread and cooking the perfect Thanksgiving dinner.  Hanna and Lucca, his daughters, have happy memories in the kitchen with their dad learning how to knead dough and telling stories while preparing dinner.

Bruce had an immense love for his work, the state of Kansas, the outdoors, and especially his family – including his extended family at Grene Vision Group.  One of his GVG colleagues shared that “he never failed to smile and made those he interacted with feel they were the most important person in the world.”

Bruce and Mary fought his Parkinson’s together, and their love and her dedication gave him joy, laughter, and days filled with memories.

Bruce was preceded in death by his parents, Dr. Robert and Lois Grene, and sister, Courtney Grene. He is survived by his loving wife Mary Grene and his two remarkable daughters, Hanna Grene (Nicolas Koury) of San Diego, CA and Lucca Grene of Lawrence, KS, and his brother Van Douglas Grene of Tucson, AZ.

He is also survived by generations of patients to whom he brought the gift of sight.

In lieu of flowers, the family requests donations be sent to: