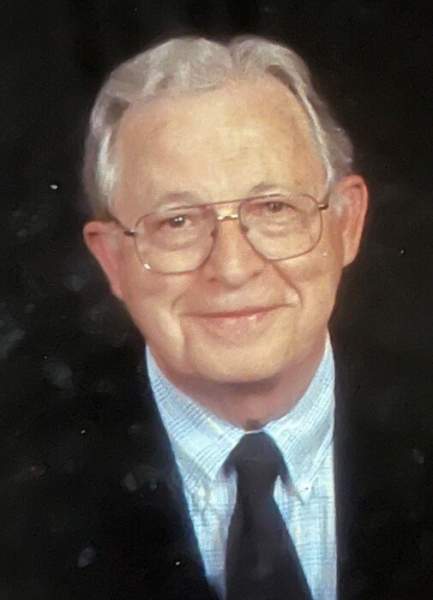 Dr. Ronald Ross Davis, passed away on Thursday, March 17, 2022, at the age of 91. One of nine children, he was born in Medicine Lodge, Kansas, to Mabel and Bert Davis, on January 24, 1931. In seventh grade, he met the love of his life, Corinne Miller, who had recently moved to Medicine Lodge from nearby Hazelton, Kansas, and their love lasted for over seventy-five years. Ron graduated from Medicine Lodge High School in 1948, and he enrolled at Wichita University the following fall. During his time at Wichita University, he was drafted into the United States Army where he served in the Counter-Intelligence Corps during the Korean War. Ron and Corinne married on November 30, 1952. He attended dental school at The University of Missouri-Kansas City and graduated with his D.D.S. in 1959. Soon after, Ron opened his practice on North Oliver Street near Wichita University. Ron practiced in Wichita for fifty-five years, and for twenty-nine of those years, he practiced alongside his son, Dr. Mark Davis. Ron loved practicing dentistry, especially with his son, and he devoted extra time to the field serving as both the editor for The Kansas Dental Association Journal and Chairman of the Board for Delta Dental of Kansas. He was an avid Wichita State University enthusiast, both in education and sports. For over twenty-five years, Ron proudly volunteered to be the Wichita State University team dentist for football and basketball. In addition to his work, Ron was an active member of Eastminster Presbyterian Church in Wichita where he served as a deacon and, later, an elder. He was also instrumental in the construction of the new church building on North Webb Road, and he was adamant that the new church have a balcony. In his free time, Ron enjoyed fishing, traveling, waterskiing, and working with stained glass. He loved his family, friends, patients, and church, and he was especially fond of his children, grandchildren, and great-grandchildren.  Ron is preceded in death by his daughter, Carla, and son, Mark. He is survived by his wife, Corinne, daughter-in-law, Susan, sons Alan (Beth Herzet) and Steve (Anh Hinshaw), six grandchildren, Kelli Cohlmia (Austen), Kensi Hurst (Daniel), Abby Storey (Jordan), Christian (Julia Hilts), Andrew, Elizabeth, and six great-grandchildren, Liliana and Lucca Cohlmia, Cole and Caroline Hurst, and Brooklyn and Jackson Storey. Ron was loved dearly by his family and friends. A memorial service will be held at 10 a.m. on Saturday, March 26, 2022, at Eastminster Presbyterian Church, with a burial to follow at Highland Cemetery, Medicine Lodge, Kansas at 3 p.m.  In lieu of flowers, a memorial has been established at Eastminster Presbyterian Church, 1958 N. Webb Road, Wichita, KS  67206.

To order memorial trees or send flowers to the family in memory of Dr. Ronald Davis, please visit our flower store.