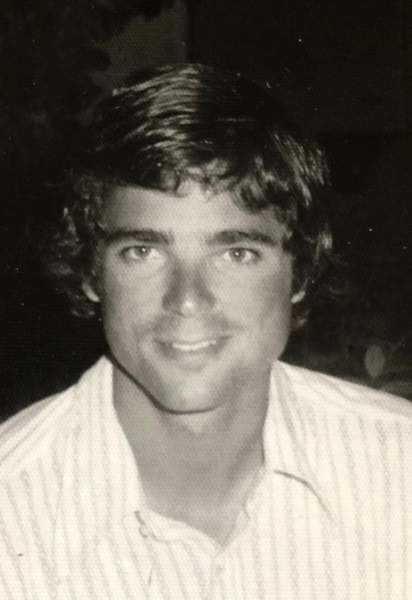 Duane Michael Petty, 68, of Wichita, KS, entered the Kingdom of heaven on January 25, 2020, surrounded by his wife of 45 years, Fiffy, and their three children. Duane was born on December 29, 1951 in Washington Court House, Ohio, son of the late John and Jane Petty. Surviving are two sons, Jason (Kimberly) Petty of Santa Rosa, CA and Michael Petty of Pasadena, CA, and one daughter, Erin (Daniel) Collins of Wichita, and grandchildren, Leighton and Kellen Petty of Santa Rosa, CA. Duane was preceded in death by his son, Ian Michael Petty and his sister, Diane Petty Byers. Also surviving are his brother, Dr. John (Pam) Petty, and sisters, Dale Fuller and Denise Petty, along with many nephews and nieces. Duane graduated from Ohio Wesleyan University (OWU) in 1974 with a degree in economics. At OWU he was a member of the football and tennis teams, and Phi Delta Theta fraternity. After graduation, Duane became the owner/manager/tennis professional at the Libertyville Racquet Club in Illinois. While there, he earned his MBA from the Keller Graduate School of Management, Chicago, in 1982. From 1990-2006, he worked at the Leelanau School, a private, boarding/day school for grades 9-12, in Glen Arbor, MI. During his tenure, he served many roles including: director of admissions/financial aid, dean of students, athletic director and varsity tennis coach. Duane was loved and respected for his unwavering character, integrity, wisdom, honesty, leadership, discipline and principles by all students and staff alike. He never compromised his beliefs. Duane and his wife moved to Wichita, Kansas in 2006 where he served as the Upper School dean of students at the Collegiate School. From 2008-2012, he worked as the academic dean at National American University, retiring in 2012. During retirement, Duane enjoyed playing golf and tennis, daily walks with his wife, exercising, watching Ohio State University football, listening to music in his rocking chair, Saturday Bible studies with his brother, Dr. Petty, and sharing memories with his children and grandchildren of his days at Camp Shaw-Mi-Del-Eca in WV where he was a camper and eventually a counselor from age 8-21. A celebration of life will be held later this year in Wilmington, Ohio. Cremation has taken place. In lieu of flowers, the family requests that donations made in his memory be directed to the athletic departments at Wichita Collegiate School (Wichita, KS), Ohio Wesleyan University (Delaware, OH) or Wilmington High School (Wilmington, OH). Share condolences online at www.CozineMemorial.com.

To order memorial trees or send flowers to the family in memory of Duane Petty, please visit our flower store.