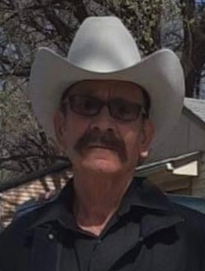 Cathedral of the Immaculate Conception

Filemon Rivera Gonzalez was born on March 21, 1952 in San Juan de los Lagos Jalisco to Rosa Gonzalez and Joaquin Rivera. He was known as "El tio." He had 7 siblings, Cesareo, Francisco, Pedro, Magdalena, Juan, Maria, and Martimiano. He married for the first time at the age of 17 with Elvira Franco with whom he had his first daughter, Patricia. In 1970 he moved around from San Juan de los Lagos, Guadalajara, Lagos de Moreno, and later on returned to San Juan de los Lagos. In 1944 he moved to Ontario California. He also became widowed in the year 2000. In 2005 he moved to San Bernandino, California and he formed his family with Maria De La Luz with whom he has his daughters Fatima and Nancy and adopted Adrain and Chuy. In 2009 his family and him moved to Wichita, Kansas. He was very social with everyone and was able to make friends easily because of his personality and he was loved by many people until the day of his death. He loved to work and put a lot of effort in several jobs throughout his life but his passion was construction. He is characterized by his joy to see and enjoy life, he was friendly, solidarity man, he was very funny and loved to joke around. He had much faith in God and above all always thinking of the wellbeing of his daughters, sons, and wife. Visitation with family will be held from 5-8 pm, with Rosary Service at 7 pm, Thursday, January 19, at Broadway Mortuary, 1147 S . Broadway. Funeral Mass, 10 am, Friday, January 20, at the Cathedral of the Immaculate Conception, 430 N . Broadway . Share condolences at www.cozine.com. Services by Cozine Memorial Group-Broadway Mortuary.

To order memorial trees or send flowers to the family in memory of Filemon Rivera Gonzalez, please visit our flower store.

Cathedral of the Immaculate Conception