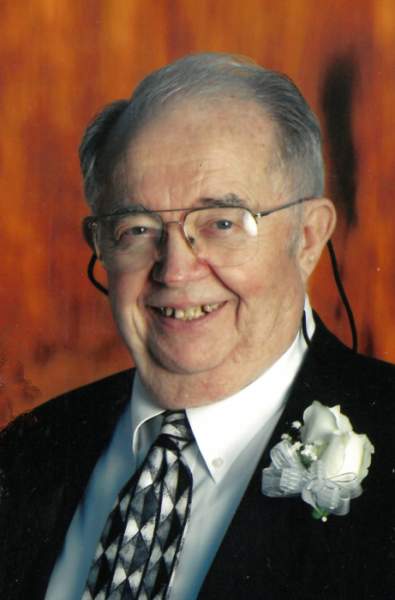 Frederick J. "Fritz" Hansen, retired Koch Industries General Counsel and Corporate Secretary, died Friday, November 4, 2022 at age 91. He was born in Brayton, Iowa on August 30, 1931, the second of four sons born to his parents, Harold L. and Mable (nee Rasmussen) Hansen. The Hansen family moved from Brayton to Atlantic, Iowa when Fritz was a small boy and he graduated from high school there in 1950.

Following his high school graduation, he matriculated to the University of Iowa where he graduated in 1954. Having taken four years of Reserve Officers Training while at the University, he was called to active duty with the United States Air Force for two years immediately following his university graduation.

Fritz enrolled in law school at the University of Oklahoma in 1958. He graduated from there in 1961 and shortly thereafter was admitted to the Oklahoma Bar Association. He moved to Wichita in 1961 and commenced his legal career with Koch (then known as Rock Island Oil & Refining Company), and later was admitted to the Kansas Bar Association. He retired from Koch in 1988.

Mr. Hansen married Pat Frisbie Reagan (nee Childs) and her five children in Wichita in February, 1967. She predeceased him on December 4, 2004. He is survived by 4 of those five step-children, their respective spouses, 11 grandchildren, and 12 great-grandchildren. The surviving step-children and their respective spouses are Debi Vandegrift and husband Kelly, Sammy Reagan and significant other Lisa, Kenneth Reagan, and John Reagan and significant other Julie and Dee Reagan. His step-daughter, Donna Meeks preceded him in death.

His parents and two brothers, Harold and Lewis also predeceased him. He is survived by one brother, Judge David Hansen of Iowa Falls, Iowa, together with one sister-in-law, one niece and four nephews.

In lieu of flowers, memorial have been established with the Wichita Genealogical Society, the Danish American Archive and Library, and Fern's Place.

Memorial service will be at 10:00am, Wednesday, November 9, at Broadway Mortuary. Private inurnment will take place at the Kansas Veterans Cemetery in Winfield, Kansas.
Share condolences at www.cozine.com. Services by Cozine Memorial Group - Broadway Mortuary.