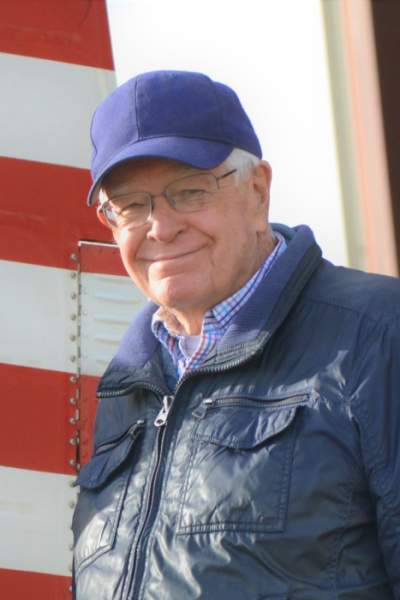 Sibley, Gerry O., retired Executive VP with Eclipse, Inc., died Saturday, March 6th, 2021. A private burial will be held at Mount Hope Cemetery in Topeka, KS. Gerry was born on August 26, 1937 in McPherson, KS to Lorin and Prudence Sibley. He received his bachelor's degree and several master's degrees from Wichita State University, University of Kansas, The von Karman Institute for Fluid Dynamics, and Thunderbird Graduate School. He spent 28 months in Vietnam as a civilian advisor to the U.S. Army. Gerry's hobbies included flying, gliding, and aircraft restoration. He was recognized as a recipient of the Wright Brothers Master Pilot Award and the FAI Diamond Badge for Soaring. Gerry was a member of the EAA, Academy of Model Aeronautics, Soaring Society of America, and AOPA. He actively volunteered his time with B-29 "Doc"and the Kansas Food Bank and attended Eastminster Presbyterian Church. He will be missed. Gerry was preceded in death by his parents and is survived by numerous cousins. In lieu of flowers, a memorial has been established with Doc's Friends, 1788 S. Airport Rd., Wichita, KS 67209. Share condolences at www.cozine.com. Services by Cozine Memorial Group - Broadway Mortuary.

To order memorial trees or send flowers to the family in memory of Gerry Sibley, please visit our flower store.