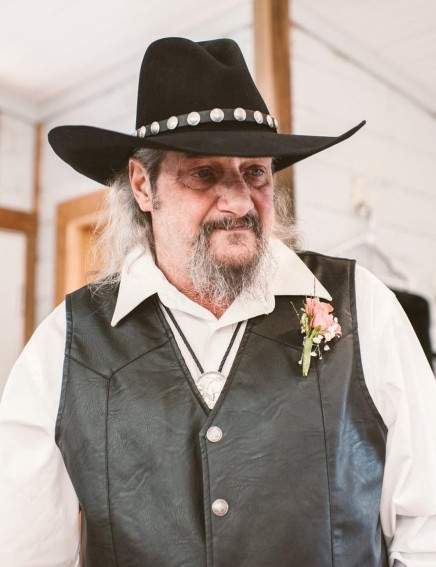 Gregory Alan Gordon, passed away Friday, July 15, 2022 at home. A viewing and gathering for family and friends is from 4 to 6 p.m., Tuesday, July 19, at Broadway Mortuary, 1147 S. Broadway in Wichita. There will be no additional formal services. Greg was born September 29, 1959 to Darletha and Richard Gordon in LaCrosse, Kan. Greg had three daughters, Tonya, Tabitha and Tasha. He then married Judy (Vasquez) on May 27, 2005, and he gained four children, Chris, Albert, Ami and Amber.

He made his living as a roofer/carpenter until he retired in 2012. While in retirement, he discovered a love of building miniature wood replicas — heavy equipment, cars, trucks, a train and even a house for his daughter. This was in addition to other woodworking that included numerous personal home remodel projects, furniture, cabinets, kids toys and signs. One very unique request was a “rocking” flamingo. He had many talents and the hands of an artist. Greg’s greatest love was spending time with his grandchildren and his title “Papa.” He was also a huge fan of John Wayne.

To order memorial trees or send flowers to the family in memory of Gregory Gordon, please visit our flower store.

Private family services will be held.