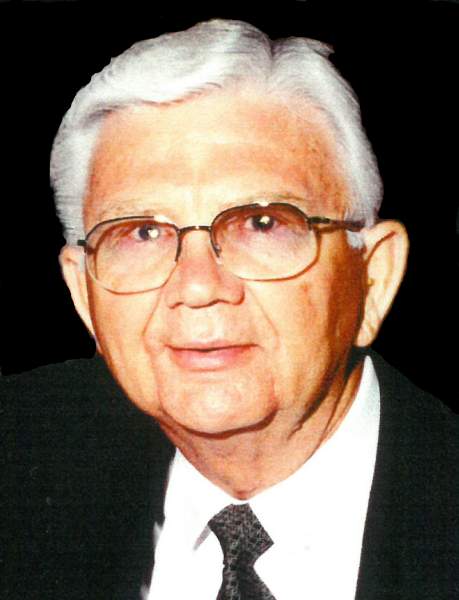 Harold Eugene Franz was the firstborn to George and Estella (Martens) Franz in Hutchinson KS on September 26, 1932. Harold accepted Christ as his Savior on April 1, 1943 and was baptized by Pastor Clarence Fast on June 9, 1946 in Fenimore Lake.

His high school years in Buhler, KS were filled with music, sports, dating, and work…..besides his academics. There was no question about attending Tabor College after graduating from high school where he earned a Bachelor’s Degree in Applied Psychology in 1954. While at Tabor College in 1952 he met Eleanor Reimer. They were engaged in May of 1953.

Harold chose to volunteer as a conscientious objector favoring the care of the lives of mental patients over the taking of life on the battle field. He became a psychiatric aide at the Menninger Foundation in Topeka KS for his 2 year commitment. It was at this time that he and Eleanor were married on September 2, 1954 in the Mountain Lake, Minnesota Mennonite Brethren Church where they lived and served for 28 years. Three daughters were welcomed into this union… Chris, Debbie and Susan.

Besides the insurance business, Harold took time to serve on numerous local boards in the community and church boards at the local, district and national levels. He served as board chairman on the Mountain Lake Christian Day School, the Tabor College board of directors, and served as the choir and music director in the Mt Lake MB Church for over 25 years.

January of 1984 marked a new chapter in his life as he and Eleanor volunteered to help start a new church in Sioux Falls, SD. In October 1997, Harold and Eleanor decided to move to Wichita where they enjoyed reconnecting with many of their Tabor and Kansas friends and relatives. Harold enjoyed singing with the Mennonite Men’s Chorus for 5 years and loved the involvement in Sunday School and as a Deacon with First Mennonite Brethren Church.

Even though glaucoma and a detached retina limited his eyesight and loss of hearing was sometimes frustrating, he continued to be active and current in the various areas of life.

Harold passed away peacefully on February 2, 2020 with his wife Eleanor at his side. He loved his Lord and Savior and would want everyone to know and love Him too. He would want to see each of you in heaven some day!

“Death is God’s anesthesia while he changes our earthly bodies to our new heavenly ones”.

In lieu of flowers, contributions may be made to the Tabor College Athletic Department in Harold’s memory.

To order memorial trees or send flowers to the family in memory of Harold Franz, please visit our flower store.