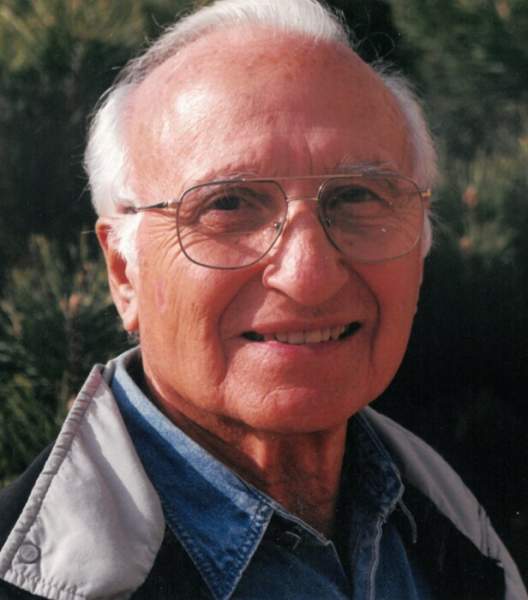 Harry was born on January 25, 1928 in Midland, Pennsylvania. He was the youngest of six children of Italian immigrants, Lucy and Amedeo “Mike” Castelli. He was predeceased by his parents and by siblings Therna (Castelli) DeFrancis, William Castelli, Emma (Castelli) Strano, Charles Castelli and Arthur Castelli.

Harry graduated from Midland, PA High School in 1946. He was inducted into the U.S. Army on September 23, 1946 and served in Italy before being honorably discharged in 1947.

After his military service, Harry attended the Milwaukee School of Engineering where he obtained a degree in Electrical Engineering. Wichita’s Boeing factory traveled to Milwaukee to interview potential employees and he worked for Boeing as an electrical engineer for over 40 years until his retirement.

Harry met Wichita native Carol Vermillion shortly after arriving in Wichita, and they were married on November 21, 1953.  Carol died on August 2, 2020. They had four children, all of whom survive him: Jim Castelli of Salina; Susie (Jed) Holmes of Wichita; Tom Castelli of Oklahoma City, and Julie (Marty) Keenan of Wichita. He is survived by 14 grandchildren and 11 great-grandchildren.

Harry holds the longest continuous membership at First Evangelical Free Church, over 60 years. His first love was God, and then his family. His friends were legion.