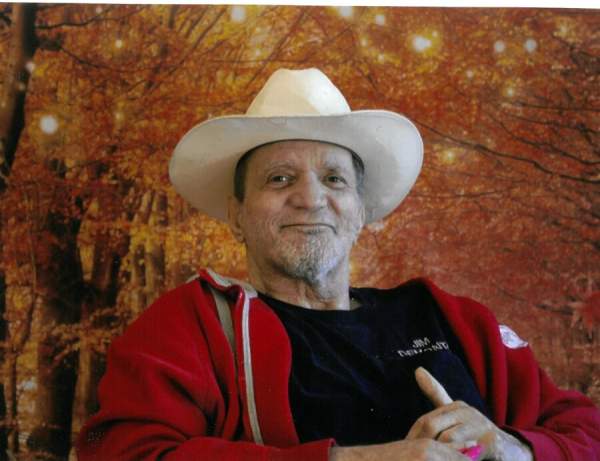 
James (Jim) DeMonte was born March 3, 1951 at Long Island University Hospital in Brooklyn, NY to John DeMonte and Cecelia Theresa Lugo. Jim was a brother to his sisters, Victoria and Rose.

Jim led a diverse and remarkable life. After losing both parents at age five, he was raised and educated by the St. Dominic’s Home and School in Rockland County, NY. At age fifteen he left St. Dominic’s and spent time in New York as a deliveryman. He then made his way to California and the western states where he worked in the railroad industry on the installation and repair of transcontinental railroad tracks. After settling in the Kansas City area, where he met his loving life companion, Lina Chapman, he earned a commercial driver’s license and worked as an interstate trucker until retiring in 2000.

Jim and Lina had lots of fun dancing together in their early years and had fun going out with their friends. You could always find a houseful of people and great food at the holidays and birthdays. Jim once even dug a hole in the backyard so he could roast a pig on a spit. He and his buddy stayed up the whole night cooking the pig and had a great time doing it! They knew how to celebrate and have fun!

Jim raised his stepsons with Lina. They spent a lot of time together going fishing and the boys often talk about the crazy rides they had in the truck bed on the way to and from the lake. Jim loved the Chiefs and took the boys to their first game. He was a passionate fan and almost got in a fight with the whole Steelers’ fan section! Jim loved to BBQ. When Shon graduated from college, he and Lina put on a party at the fraternity house and Jim BBQ’d the whole dinner for all of their family and friends.

He loved to ride his motorcycle, find treasures at the Swap & Shop and was often found talking with friends and neighbors on the front porch. He was a friendly guy and was easy to be around.

Jim loved his six grandchildren and his daughters-in-law and always enjoyed being around them. He was an ornery guy and would tease them often. The kids remember how he’d laugh when he’d get tickled about something funny that he’d said. He had a great sense of humor and an ornery grin.

Jim’s loss of his parents at a young age in 1957 led to a five-decade separation from his sisters. In 2011 he and Lina and their family were reunited with Jim's sisters and their own families. Jim and Lina traveled to New York and spent a wonderful week together with his siblings, talking and laughing and remembering their early childhood days together and learning about their lives since they’d been separated. In the years since then, Jim’s sister, Vickie, and her husband, Jim, traveled to Wichita many times to see Jim and his family. These were some of Jim’s happiest days and most treasured memories.

Jim is preceded in death by his sister, Rose DeMonte. He is survived by his wife, Lina Chapman; his stepsons, Shon (Heather) Chapman of Wichita and Kenneth (Jaclyn) Chapman of Lee’s Summit, MO; his six grandchildren, Andrew, Brooklyn, Caroline, Keaton, Kenneth Jr. and Eric; his sister, Victoria (James) DeZolt of Satellite Beach, FL.

To order memorial trees or send flowers to the family in memory of James DeMonte, please visit our flower store.