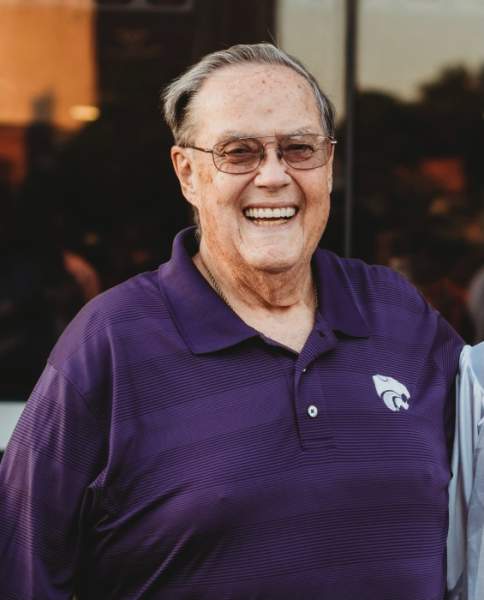 James Thomas Ross, 76, of Wichita, KS, peacefully passed away on July 19, 2022 surrounded by loved ones.

James was born on May 13, 1946 to Marie Thorpe in Kansas City, Missouri. After James graduated from Richfield High School in Waco, Texas in 1964, he pursued a degree in Medical Technology at Wichita State University.  Later, he received a Master of Science from Kansas State University.

After graduation, James worked at Wesley Medical Center as a Medical Technologist for over 45 years.

In 1966 he met Cheryl Ulsh at Wichita State University. James and Cheryl went on to have two children, Alyssa Ann and James Ray. James and Cheryl celebrated 53 wonderful years of marriage and were the epitome of how a marriage should be. He was a devoted father who guided his children through life and was there for them when they needed it most. His grandchildren were the light of his life and if you asked about them he would talk your ear off about what they were up to. He was the best baby snuggler and when the children were young you always knew that if grandpa was around that’s where they would be sipping his tea and stealing whatever snack grandpa had while rocking in his rocking chair. Grandpa was known for having the best snacks to sneak while no one was watching.

James was very active in the Masonic Fraternity, serving as Master of Albert Pike Lodge #303.  He was a 33° Mason, and a member of Midian Shrine where he was a member of the Oriental Band in his earlier years.

While retired, James had time to pursue RV life while traveling to the desert every winter with Cheryl and their desert group. Any given Tuesday morning you could find him sitting around a table enjoying breakfast with his Tuesday morning breakfast crew. James also loved to make jewelry and help Cheryl in the garden or run errands with her. He enjoyed his trips with family to the farm. Most evenings were spent around the dinner table with family.

Services will be held at Broadway Mortuary by Cozine Memorial Group on August 6, 2022 at 9:00 am. In lieu of flowers, please consider a donation to Midian Plane of Mercy, 130 Topeka St., Wichita, KS 67202.

To order memorial trees or send flowers to the family in memory of James Ross, please visit our flower store.