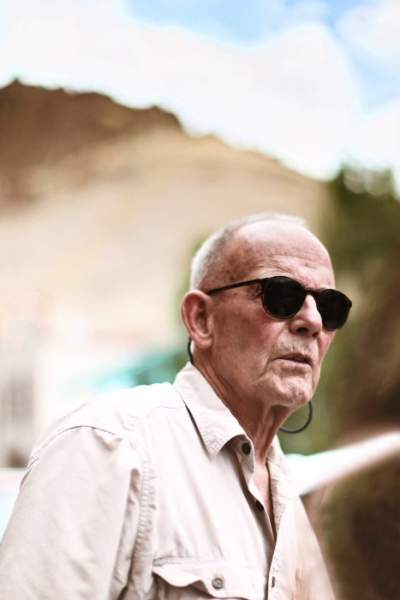 Jim graduated in 1952 from Wichita High School East and then attended Kansas State University.  Jim served in the U.S. Marine Corps, Infantry (1952-56), and was stationed at Marine Corps Base, Camp Pendleton, CA, attaining the rank of Sergeant.  Following his service in the Marines, Jim joined the San Jose Police Department.  While in San Jose he met and married Sandie Bates on December 16, 1956.  In 1965, Jim and his young family returned to Wichita, KS, where he joined Penn Mutual Life Insurance Company, beginning a 40-year successful insurance career.  In 1988, Jim and Sandie moved to Albuquerque, N.M., where he joined Raymond James and Associates.

Looking toward retirement, Jim and Sandie moved to their beloved Colorado, residing in Pagosa Springs, where they built two lovely mountain cabins and spent time hiking, fly fishing, snow skiing and camping.   They were active members of Pagosa Bible Church. In 2015, Jim and Sandie returned to Wichita to be near family.

Jim was an active Boy Scout leader and took an active interest in all of his children’s school and sports activities.  He was a member of Cibola Search and Rescue based in Albuquerque, NM and the San Juan Search and Rescue in Pagosa Springs, CO.  Jim was also active with the Minuteman Project that monitored the United States-Mexico border.

Jim and Sandie are longtime members of Central Christian Church in Wichita, KS and hosted many Bible studies from their home.  Jim was a committed follower of Christ, loving husband and father, and a man of great integrity.  He will be remembered for his generous heart, sense of humor, and the deep love he had for his family and country.  Waiting at the Gate are his beloved dogs Spunky, Eb Susan, Maggie and Gracie.

In lieu of flowers please make a donation to one of Jim’s favorite non-profit organizations, Ronald McDonald House Charities.

To order memorial trees or send flowers to the family in memory of James (Jim) Kahrs, please visit our flower store.