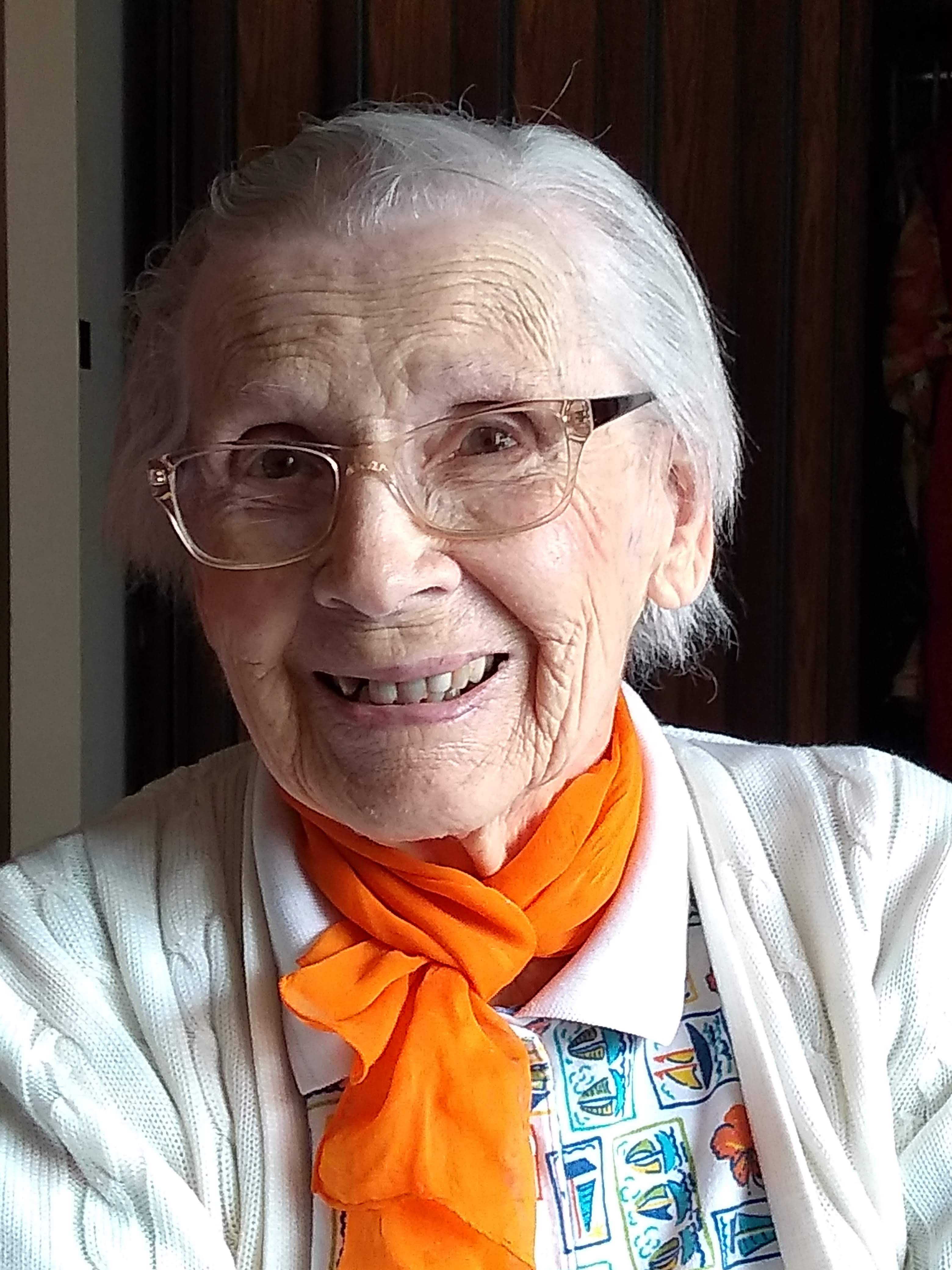 Marjorie Jean Courter Marchand passed away January 23, 2023 at the age of 101 in Mulvane, KS. A memorial service will be held at a later date. Jean was born June 16, 1921 in Greenwood County, KS to Charles and Marian Courter and grew up on the family farm in Climax, KS along with her 2 younger brothers Clayton and Bill. She attended Kansas State and taught 2 years before joining the Navy (WAVES) in 1944 where she met her husband Bob Marchand. They were married when the war ended in 1945 and eventually settled in Wichita KS to raise their 4 children Richard (Dick), Tim, Ann, Susan. They were married for 61 years when Bob passed away in 2006 and Jean moved into a senior living facility.

Jean earned a Master's degree in Home Economics from KS and worked as a teacher and later as a social worker in Wichita with SRS. Raising a family included annual camping trips to national parks, cross country car trips to Lowell MA to visit Bob's family, and trips to St Louis when Dick (Richard) joined the Jesuits. She was a skillful seamstress which included sewing for kids/grandkids clothing, vestments for priests, and she later took up quilting. Jean and Bob were involved in many peace/justice projects, volunteered in projects including American Red Cross, Interfaith Ministries, and Offender/Victim Ministries (OVM). Jean was a strong supporter of women's rights and women's ordination.

Hard times came in 1977 when their son Richard (Dick), studying to be a Jesuit priest, was diagnosed with a brain tumor and died in 1979, having been ordained before he died.

Donations can be made to American Red Cross or a charity of your choice. Share condolences at www.cozine.com. Broadway Mortuary

Service will be held at a future date