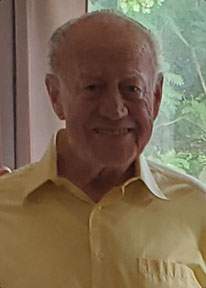 Jerry Lee Cole, 82, retired Aircraft Tool Design Engineer, passed away Monday, August 23, 2021. Jerry was a man of God very involved with his church families He was also a Veteran in the United States Army, as a DI during the Vietnam war. He was preceded in death by his parents, Charles and Jessie Cole and his siblings, brothers Charles Cole Jr, and James D. Cole, and Flim Cole and sister Mildred Draper.. Survivors include his wife Patty, together 38 years., Sons, , Jerry Lee II. and wife Shelly Cole, and Kevin and wife Carol Will; daughters, Stacey and husband Eric Gregory and Michele and husband Dennis Clevenger. He is also survived by numerous grand and great-grandchildren all of whom he loved very much.

To order memorial trees or send flowers to the family in memory of Jerry Cole, please visit our flower store.