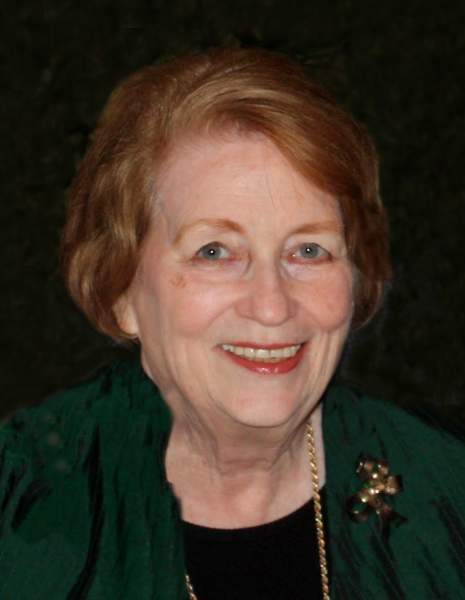 Jerryanne grew up in Baton Rouge, Louisiana. Even though she lived in Wichita for over 60 years, she was southern to the core. A dear friend described her as “always a gracious southerner, living in a land of Yankees.” Her children recall that “she talked herself out of a few speeding tickets with her convenient southern drawl. She could turn on the southern charm when she needed to.” She was known as “Sugar” by her grandsons, a well-known term of endearment in the south. After “Sugar” graduated from Louisiana State University, where she was editor-in-chief of the “Gumbo” yearbook, she became a columnist for the Baton Rouge State Times. She married Robert (Bob) Hadley in December of 1959 and moved to St. Louis, then eventually to Wichita.

Throughout her life she gracefully balanced a professional career, serving as a volunteer in the Wichita community and most importantly taking care of her family. She joined the staff of KSN-TV as a secretary to the promotion director, but within a year, she was promoted to Director of Promotions, and as such, was one of the few women executives in Wichita at the time. In that role she eventually became president of the national NBC promotion directors’ professional organization. She routinely traveled to New York and LA to meet with network executives and television celebrities. She also served as a member and president of the Wichita chapter of Presswomen. After leaving KSN, she joined Devore Publishing, where she led the business in developing and applying the rapidly growing use of computer technology in graphic design, marketing and communications. Her much younger daughters often relied on their mother for computer advice, and her son-in-laws referred to her as “Inspector Gadget” because she was so adept at computer technology.

In addition to her successful professional career, she was always very active within the Wichita community as a volunteer. As a life-long member of the Junior League of Wichita (JLW), she served as co-editor of the wildly successful Sunflower Sampler cookbook in 1973. The book has undergone seven printings and is a staple in almost every kitchen in Wichita and beyond. The enormous success of the cookbook funded numerous community projects that have had a significant impact in Wichita. She also served as editor of Wichita Century, a book written and published to commemorate the first 100 years of Wichita history, 1870-1970. She again served as an editor for the second cookbook endeavor of the JLW, Women of Great Taste, in 1995. She served on the board of directors at both Botanica and the Wichita Area Girl Scouts.

After retirement, she remained very active. She became a master gardener in 2001 and was honored as “Master Gardner Emeritus” when her health prevented active participation in activities. She always said her goal in becoming a master gardener was “to figure out how to make camellias grow in Kansas.” She was a member of Wit and Wisdom, the Knife and Fork dinner club, and was active in two investment clubs. As a member of the The Retired Officers Association of America (as Bob’s spouse), she developed and printed the organization’s first membership directory.

Jerryanne was known as a “steel magnolia” by her children. She always maintained her standard of excellence, her positive attitude and a calm demeanor regardless of what was going on around her, particularly during Bob’s successful battle with stage 4 colon cancer 11 years ago. Her family says excellence was her ‘signature’—amazing attention to detail with every task. Jerryanne and Bob celebrated their 60th wedding anniversary in December of 2019. Jerryanne was extremely proud of her three children, and especially proud of her four grandsons. Her daughters, Sally and Anne are both graduates of University of Kansas and Washburn University School of Law. Her son, Bobby, is a graduate of Wichita State University. Her grandson Jack is a graduate of Baylor University and will start medical school this fall at University of Texas-Houston; John is a senior at the University of Kansas; Will is a sophomore at Miami University of Ohio; and Sam is a junior at Shawnee Mission East High School in Kansas City.

To order memorial trees or send flowers to the family in memory of Jerryanne Hadley, please visit our flower store.