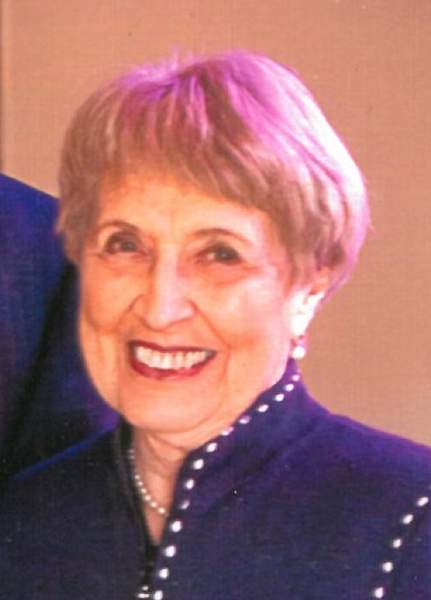 Joan Martin, daughter of Ralph and Mary Ellen Griffith, left to be with the Lord on April 17, 2021.

Joan was born December 8, 1928 in Kiowa, Kansas, and graduated from Kiowa High School in 1946. She accepted Jesus as her personal Savior at the age of 5 and remained a steadfast believer the rest of her life.

She attended Kansas State University in 1946-1950 and was a member of Alpha Z Delta Sorority. After graduation, she taught Home Economics in several communities.

Joan was married to Robert Mallory in 1954 until his death in 1984. They had three sons. She married Carl Olander in 1985, and they resided in Wichita, Kansas and Lake City, Colorado, until his death in 2005. She is survived by her husband, Marvin J. Martin of Wichita whom she married in 2012; her three sons, Timothy (Ann), Michael (Debbie) and Terrance; five grandchildren and three great-grandchildren.

A private family service has been held. In lieu of flowers, a memorial has been established with Eastminster Presbyterian Church. Share condolences at www.cozine.com. Services by Cozine Memorial Group – Broadway Mortuary.

To order memorial trees or send flowers to the family in memory of Joan Martin, please visit our flower store.