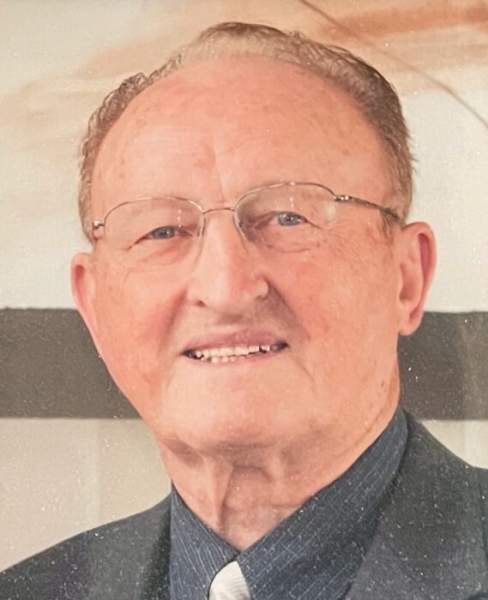 John Eugene Quenzer of Bel Aire, Kansas, beloved husband of Ruby Quenzer, passed away on September 20.  He was 94.

John was born on a farm in Maple Leaf, South Dakota.  He was the third child of Daniel and Rosalie (Kunz) Quenzer.  After growing up on a farm in Idaho, John served in the U.S. Army during the Korean War.  He then spent his entire working career in administrative support services for the Shell Oil Company, initially in California and then in Houston, Texas, where he and Ruby lived for 45 years.  In 2017, he and Ruby moved to Wichita, Kansas, to be with family.

John was warm, friendly, honest, loyal, responsible, and wise.  He enjoyed traveling, gardening, square dancing and playing golf.  He made friends easily.  He could frequently be heard singing or whistling through the day!  He took great pride in providing for and being with his loved ones and always had a smile and a hug to offer.

John Eugene was preceded in death by his parents, by his brothers Albert and Daniel, and by his sister, Minnie.  He is survived by his wife Ruby and his sisters Martha and Lavina. He will be greatly missed by all, but we rejoice in the fact that he is reunited with his savior, Jesus Christ, in heaven.

The family has had a small private service.  In lieu of flowers the family has asked that contributions be directed in memory of John to Eastminster Presbyterian Church of Wichita, to the Gideons International, in which John had a particular interest, or to the charity of your choice.

Private services have been held.