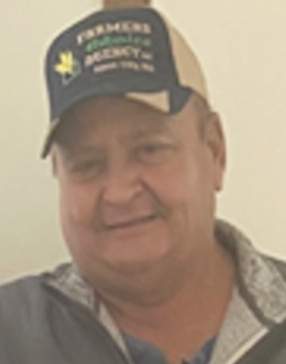 John Wayne Robinson, 66, of Ness City, Kansas passed away Saturday, October 29, after a short illness.  He was born in Lacrosse, Kansas, the son of Josephine and Ronald Robinson of Ness City.  He grew up living on a farm Southeast of Ness City with his family.

John graduated from Ness City High School in 1974. He farmed and worked in the oil fields in Kansas until he moved to Jacksonville, FL, where he owned a concrete construction company and worked in the trucking business hauling rock and sand.  He moved back to Ness City in 2009. John worked for the Ness County Road and Bridge Department and several other companies driving a truck.

John loved to talk and to make people laugh.  He also loved a good argument.  John loved Florida and had great aspirations of going back to visit one day. He was a fan of Florida State football.

He was preceded in death by his brothers, Ed and Ronald Jr. (Bud); sisters, Pamela and Rhonda; and his parents, Ronald and Josephine Robinson. John will be sadly missed by his three sisters, Wanda (Steve) Roehl of Wichita, Betty (Gail) Oberhelman of Ness City, and Nancy Pink of Cedar Rapids, IA, and his Aunt Dee Robinson of WaKeeney.  In addition, he had four grandchildren who reside in Auburn, Georgia and nine nieces and nephews. Share condolences at www.cozine.com. Arrangements by Cozine Memorial Group-Broadway Mortuary.