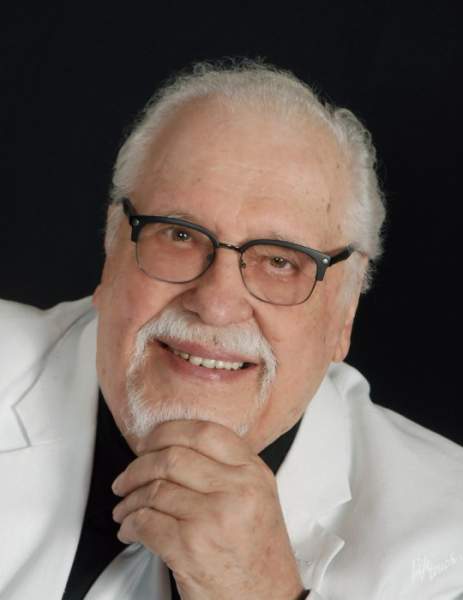 Karlis Otankis was born in Kaleti, Latvia on January 27, 1931 in a small farm house.  Latvia is one of the Baltic countries, the second country south from Finland on the east coast of the Baltic Sea.  He passed away at home March 25, 2021 at the age of 90, in Wichita, KS.

In 1939 before World War II broke out, Latvia was taken over by the Russians.  During their occupation they took a number of Latvian people out to prisons and Siberian labor camps.  Their family was not touched at this time, only part of their farm was taken away from them.

In June 1941 the Germans came, beat the Russians out of Latvia and his family got their land back.  They continued to farm until October 1944.

In October 1944 World War II was coming to the last stages.  The Russians were coming back to Latvia.  Karlis’ parents decided for the sake of their family and wellbeing to leave the farm with collected harvest in the barns, taking only their family and things that they could put in a two-horse drawn wagon.  They left the biggest share of their life work behind.  They went to Germany after going through difficult processing camps and paperwork.  Mom and Dad were placed to work in Munich in a carpenter shop for the duration of the war.  After the war was over their family went to several displaced persons camps and settled in Memmingen, Bavaria, Germany.

While in Memmingen his Dad held several jobs, such as being camp guard, carpenter and kitchen help.  At the last Karlis and his Dad worked in the French sector in Germany cutting timber in order to have a better life for their family.  Karlis also worked in the camp kitchen measuring out rations for the other occupants of the displaced persons camps.  This was during Karlis’ teenage years.  Karlis also had a job helping a man who took immigration pictures.  His pay was a camera, so he had a chance to take pictures while in Germany.  Karlis’ schooling included 7 years at the Latvian Elementary School in Latvia, 5 years at the Latvian High School in Memmingen.

On June 5, 1950 the family entered the United States of America at New Orleans.  They were sponsored by a man who had been a Captain in the Army in Germany.  They came to a small farm in Copan, Oklahoma where Karlis and his Dad did farm work for a few months.  Then they went to Bartlesville, Oklahoma where Karlis and his Dad worked for the same man in a creamery for a little over a year.  They then left Bartlesville and settled in Wichita, Kansas where friends were working for Cudahy Packing Company.  They encouraged Karlis to get a job there.  He worked there for over 7 years.  He had his own radio and TV shop for a couple years.  He then became a machinist for over 6 years.  Then a car salesman for Bulger Cadillac for over 5 years.  He then became a furniture salesman for JC Penney at Town East Shopping Center.  In 1980 when JC Penney’s opened in Town West Shopping Center he was asked to transfer there and help open the furniture department.  He retired from Penney’s after about 13 years.

Karlis’ first wife was Biruta Aboms , also from Latvia who he met in Wichita.  They had two children Karlis Richard and Andris Michael.  His parents (Jekabs and Zenija), sister Erika, son Andris and Biruta preceded him in death.  He is survived by his son, Karlis Richard,  wife Roma, his grandchildren, Karli Maelene and Jekabs Paul Otankis and Oliva Allegra D’laine Schawe.  Also, a step-son Phillip Langvardt, step-grandsons Joseph and Stephen Langvardt and step greatgrandchildren Graham and Tessa Langvardt.

Karlis and Roma met at a Wichita singles dance club in late 1976.  They started dating in February 1977 when at the Valentine dance you were given kids Valentines to put your name on and give to someone you wanted to dance with.  They dated for 13 years before getting married April 21, 1990 at the Haysville United Methodist Church by Rev. Fred Pinkerton.  They both enjoyed ballroom dancing, dancing as much as two to three nights a week.  They made several trips to big band dances at the Indiana Roof Ballroom in Indianapolis to three big name bands over a weekend as well as Nashville, Kansas City and Dallas.  They also made a trip with the Jack Morgan Orchestra on the Crown Princess cruise ship up the inside passageway from Vancouver to Alaska.

After getting married we joined the Moose Lodge in Wichita.  We became officers, so got the privilege to represent the local lodge at conventions in Orlando, Chicago and Las Vegas.  We would then stay extra days to sightsee while there.  Karlis also DJ’d at the Wichita Moose Lodge for 3 years.

One vacation when we were headed to Niagara Falls we spent the night in Cleveland, Ohio.  Karlis said many Latvians settled in Cleveland wondering if we might be able to find anyone.  We ask at the motel and restaurant but they didn’t know any.  The next morning before heading out I looked in the phone book to see if there was a Latvian Lutheran Church listed as many of the Latvians were Lutheran.  We found one which was close by.  We stopped by, took some pictures and noticed a man unloading groceries into the church.  We went and introduced ourselves.  He invited us in and showed us their beautiful sanctuary built in the Latvian style of much inlaid wood.  He then said our officers are meeting upstairs, I will introduce you to them.  When he said “here is a couple from Wichita KS and his name is Karlis Otankis”, one man jumped up, and said, “Karlis, I am Gunars”.  Karlis’ family and Gunars family were neighbors in Latvia.  They left together for Germany and stayed in the same camps in Germany.  They had not been in contact with each other since immigrating to the states.  Gunars family came thru New York.  They talked us into staying over until the next day when they were having a senior citizen lunch. There were others at the lunch that had been at the same camps in Germany.  Karlis shared some of the pictures he had along from Germany.  Karlis had made contact with a buddy he’d been friends with in Germany which we had made plans to visit.  A few years later when returning from Roma’s Grandson, Stephen’s wedding they stopped and spent about four days with Gunars and Karlis having a good visit and looking at pictures.  Gunars had been back to Latvia a couple of times, so he had pictures and stories to share from more current times.

Karlis and Roma moved to Grasslands Estates in west Wichita 8 years ago.  We have made many good friends.  It is a great place to live where you don’t have to cook and clean.  There are all sorts of activities to participate in, like exercise classes, cards, bingo, bible study, Wii bowling, movies, painting, balloon volleyball, crafts, knitting, dance class as well as fellowship w/Pastor Craig on Sunday mornings.  The management brings in outside entertainment from time to time for our enjoyment.  There is also a nice ¼ mile walking path around the building which makes for great exercise.

Visitation with family present will be held from 6-8 pm, Thursday, April 1, with Funeral Services at 1:30 pm, Friday, April 2nd, both at Broadway Mortuary, 1147 S. Broadway. Memorial contributions can be made to the Salvation Army. Share condolences at www.cozine.com. Services by Cozine Memorial Group-Broadway Mortuary.

To order memorial trees or send flowers to the family in memory of Karlis Otankis, please visit our flower store.