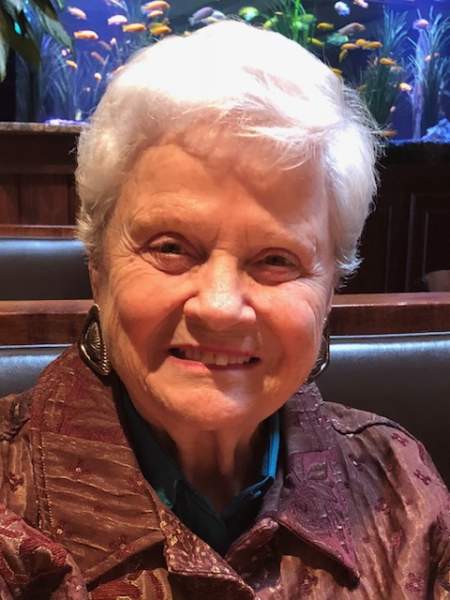 Katherine V. Smith was born in Wheaton, Illinois, on July 26, 1928; she died on January 1, 2021. Her parents were Rev. and Mrs. Henry W. Stough who taught her early about the God who loved her and sent His Son to die for her; consequently, Katherine accepted Jesus as her Savior when she was nine years old and continued to follow Him all her life. Though raised in the South, Katherine returned to the city of her birth to attend Wheaton College where she graduated in 1950. While there, she met and fell in love with Dick Henderson; they were married on June 13, 1951. They had three children—Kay, Elizabeth, and Chuck.

Katherine served alongside Dick as a pastor’s wife, co-missionary, and seminary professor’s wife, including working at Mid-America Baptist Theological Seminary in Memphis, Tennessee, where Dick served for six years before the Lord called him home in May 1983. Katherine continued to teach Seminary wives for two more years; she also served as hostess for Bellevue Baptist Church in Memphis.

While still in Memphis, Katherine met and married Louis Kitchens in May of 1988. They moved to Florida where they lived happily until Louis died in October 2003. Following his death, she moved to Wichita, Kansas, to be near Elizabeth and her family.

In December 2007 Katherine became reacquainted with a missionary couple she had known in the Philippines. After the wife passed away, her husband—Allen Smith—and Katherine began corresponding; this led to their getting married in June 2008, causing Katherine to move to South Carolina where they lived until Allen’s death in 2017.

Due to COVID a memorial service will be postponed until later. In lieu of flowers, memorial contributions may be made to the Richard and Katherine "Pat"  Henderson Endowment at Wheaton College and sent to Advancement Services, 501 College Avenue, Wheaton, Illinois 60187. Please kindly note in the gift comment or memo line that the gift is in memory of Katherine Smith. For questions or to make a gift by phone, please call 1-800-525-9906 (option 2) for assistance.

To order memorial trees or send flowers to the family in memory of Katherine Smith, please visit our flower store.

Due to COVID a memorial service will be postponed until later.