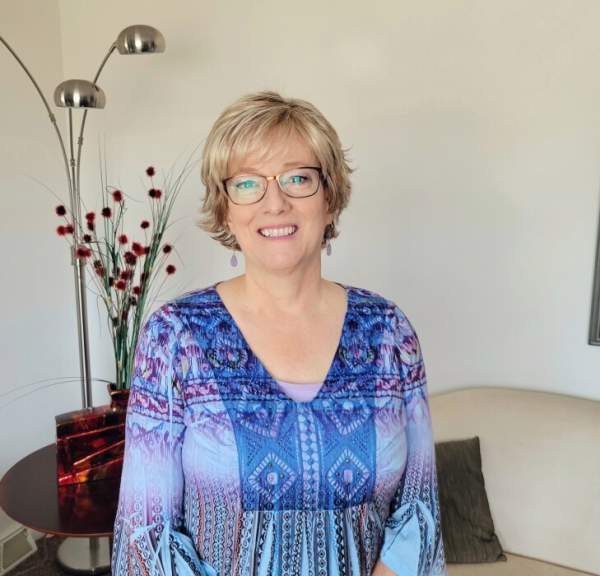 Katy was born Katryn Ann Smith January 17, 1964 in Wichita, Kansas to David and Shirley Smith. The sixth of seven children and the baby of the family her first nine years, she often joked she was the favorite child.

Growing up, Katy lived in Kansas, California and all over the State of Alaska.

In the leaf of Katy’s Bible, she recorded accepting Christ at age eight and was baptized at ten. She wrote, “I asked Christ to be Lord of my life…as a result of some missionaries that came to my village in Alaska. At 15 years of age, I surrendered my life to the Lord to serve Him full time in missions. This was also a result of a visiting missionary that spoke in my church. I have been growing in my spiritual walk with Him ever since. He is my Lord and graciously leads me day by day and shows his love to me in so many ways.”  In many of Katy’s Bibles she copied verses that were special to her and impacted her growth. Jesus was a firm foundation for her life.

Her last year of high school, Katy met Randell, fell in love, and they married on a hot summer day in Meade, Kansas August 13, 1983.

Katy and Randell lived in Kansas, Nebraska, and Minnesota before joining Avant Ministries in Brazil where they directed a Bible camp for 12 years. Afterward, they returned to Kansas where Katy worked alongside Randell in a ministry to international students, hosting, befriending, and discipling. As part of the team, she brought her own flair to every event with beautiful décor, delicious food, fun games, and an inviting atmosphere.

Raising Seth, Ethan, Monica, and Nicole was one of Katy’s biggest joys. She was a diligent homeschool mom who devoted a big portion of her life to that worthy effort. She was their number one cheerleader as they moved into adulthood and was over the moon to have recently gained two grandchildren, Sofia & Gabe.

To order memorial trees or send flowers to the family in memory of Katryn Harms, please visit our flower store.