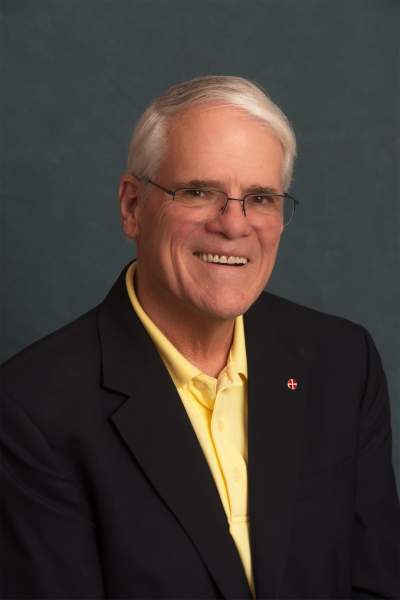 Kelly Byron Bender, 74, of Phoenix, Arizona passed away on Wednesday, December 23, 2020 in Wichita, Kansas surrounded by his loving family. He was born in Pratt, Kansas on March 21, 1946 to Herb and Dolores Bender. He is survived by his brothers, Gary (Linda) Bender, Blaine (Floydean) Bender and Dell (Rebecca) Bender and many loving nieces and nephews.

Kelly and Vickie (Worrell) have two daughters together, Brianna (Clifton) Vogt of Wichita, Kansas and Sundee (Kelly) Pickering of Olathe, Kansas. Along with his five grandchildren, Kellen, Easton, Tori, Maggie and Jonathan, his step-grandson, who were each such a blessing to him and that he loved so dearly.

He graduated from Ulysses High School in 1964 where he lettered in three sports and was a four-year letterman in football. For college, he attended Southwestern College, Winfield, Kansas where he received an academic scholarship while playing football; he played on the 1964 and 1967 KCAC championship teams. In anticipation of the passage of the Voting Rights Act, he joined fellow Southwestern College students and faculty in journeying in the spring of 1965 to Greenville, Mississippi to serve in registering to vote members of the black community under sponsorship of the Delta Ministry, National Council of Churches. Also, in 1965, Kelly participated with other college students in the only sit-in demonstration in the governor’s office in Kansas history on behalf of Fair Housing legislation in protest of what were discriminatory practices. He graduated with a Bachelor of Arts Degree in 1968 and was selected by the student body as a Master Builder, “…in recognition of loyalty and ideals of Southwestern College, service to fellowmen (sic) and to God…”.

During Kelly’s term as Pastor of College Avenue UMC, he was directly involved in creating the first Hospice Care Center in Manhattan, Ks and then directly following his eight year tenure there at the church , he was influential in the appointment of Reverend Fred Allen, marking the first appointment of a black pastor to an all-white congregation in Kansas and in the South-Central Jurisdiction of the UMC.

While serving Wichita First UMC, he preached “live” to thousands of viewers in four states who tuned in to “Morning Worship,” Sundays on the ABC Kansas Television Network.

In 1985 he was a guest lecturer at a theological and evangelization conference in Poland.  In 1987 he returned to Poland as a guest preacher of the Polish Methodist Annual Conference.  During the summer of 1989, Kelly and his family participated in a ministerial exchange with a pastor and his family from Bristol, England.

In 1996, Kelly was a leader in the process of ordaining deacons in the UMC, so that they may be included with the Elders and can serve the sacrament of communion and to have a full voice in conference gatherings and votes.

In 2001 he was awarded the Community Enrichment Award by the Sedgwick County Commission, Wichita, Kansas for his leadership in downtown redevelopment. He was a delegate to the 2001 World Methodist Conference in Bristol, England. Kelly was the 2003 recipient of the Distinguished Graduate Award, Saint Paul School of Theology, Kansas City, Missouri. He served as Trustee at Southwestern College from 1988-2000 and as a Trustee at St. Paul School of Theology 2002 – 2010. In July 2004 he was the “Preacher of the Week” at the Chautauqua Institute, Chautauqua, New York. In August 2004 he presented a paper at the Oxford Roundtable, Oxford University, England on “The Role of Religion in Public Education: Teaching A Pluralistic Democracy.” He was selected to preach from the historic pulpit of the National Cathedral in Washington D.C. on August 21, 2005.  He represented his native state of Kansas as part of the National Cathedral’s Major State Day. He was the 2006 recipient of the Martin Luther King Diversity Champion Award from the Town of Paradise Valley. In October 2006 he participated on a PVUMC Mission Team to Guatemala; in September 2007 to Afghanistan, and on numerous teams to Mexico. He is the recipient of the 2010 Building Bridges Award from The Islamic Speakers Bureau for his work in fostering interfaith connections. Paradise Valley United Methodist Church named him Pastor Emeritus upon his retirement.

He is the recipient of the 2015 Calvin C. Goode Lifetime Achievement Award, presented at the annual City of Phoenix Martin Luther King, Jr. Awards Event. The Award recognizes “an exceptional individual who has made Phoenix a better place through a lifelong dedication to promoting social and economic justice, defending civil rights and enhancing the dignity of all people.” He is the recipient of the 2015 Roland Brammeier Award from the Board of Global Ministries of the Desert Southwest Conference of the United Methodist Church “for demonstrating exemplary performance in the area of mission related to children, hunger and shelter.”

In 2018, he was inducted into the Southwestern College Leaders in Service Hall of Fame.

Kelly’s entire ministry has proclaimed the radically unconditional grace of God revealed in Jesus Christ, and its equipping of Wesley’s “Vital Piety”, i.e., the gospel personal first and social justice always. He was grateful for the privilege of having “labored in the vineyard all day long.”

A celebration of his life will be held at a later date.

To order memorial trees or send flowers to the family in memory of Kelly Bender, please visit our flower store.