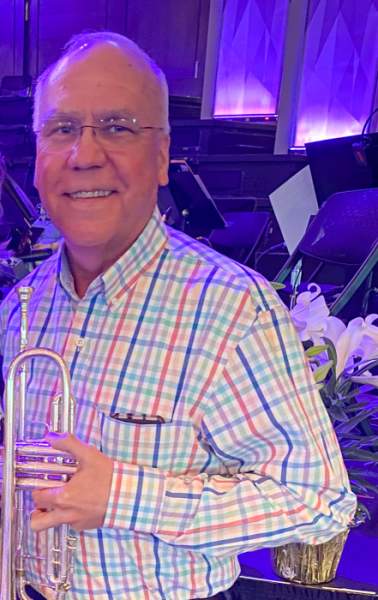 Ken was born on March 30, 1959 to Raymond and Lois Dimick in Pikeville, Kentucky. In 1963 his family moved to Towanda, Kansas where he spent his childhood and  graduated from Circle High School in 1977. While in high school,  Ken participated in band, football, basketball, musical drama productions, and was voted high school homecoming king. After high school, Ken attended Friends University where he was actively involved  4 years of Singing Quakers, along with jazz and concert band. He was elected Senior Class President and voted homecoming king before graduating in 1981. On August 13, 1983, Ken married the love of his life,Tish. Together they had two children: Jonathan and Julie.

Ken spent the majority of his working career, (29 years) at KG&E/Westar. The past 8 years,  Ken has been working for the City of Wichita in the transportation department.

Ken enjoyed camping, waterskiing, Corvairs, hotrods, antique cars, racing dune buggies, and watching both  Nascar and professional football. However, his true passion was being involved in music and playing his trumpet, which began at the age of 9. Ken continued to use this gift over the next 53 years by playing in the church orchestra at Wichita First Church of the Nazarene for 37 years and at Central Community for the last 6 months. Whether it was singing or playing the trumpet, Ken shared his love of Jesus through his ministry of music.

Ken was preceded in death by his parents, Raymond and Lois. He is survived by his wife, Tish Dimick; son, Jonathan (Megan) Dimick; daughter, Julie (Thomas) DeGenaro and sister, Linda (Herb) Lindal, and  numerous nieces and nephews. In lieu of flowers, memorials have been established with First Church of the Nazarene Music Department and Central Community Church Music Department. Share condolences at www.cozine.com. Services by Cozine Memorial Group – Broadway Mortuary.

To order memorial trees or send flowers to the family in memory of Kenneth Dimick, please visit our flower store.