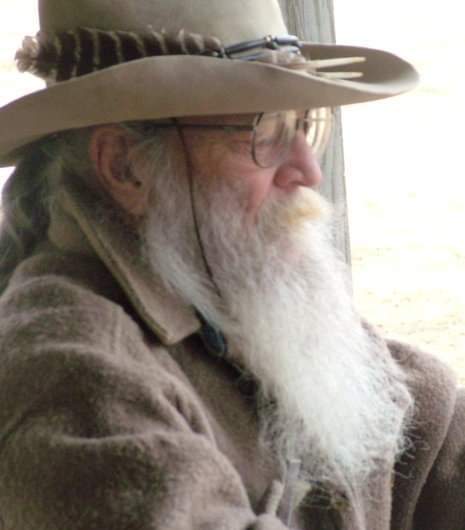 Larry Lee Dale, Accomplished Gunsmith, Custom Mechanic, Master Craftsman, Tattoo Artist, Drag Racer, Biker, Competitive Marksman, and Educator, passed away June 27, 2020.  A Celebration of Life will be held in October at a date to be announced.
Larry was preceded in death by his parents, Lee and Thelma Dale. Survivors include his wife, Karen Dale; children, Lance Dale (Lisa Gurney), Vince Dale, Rod Dale, Amy Bogue, and Lareina Saindon (John); brother, Robert Dale (Karen); grandchildren, Rachel Dale, Janelle Dale, Andrew Saindon (Freddy), Sydney Saindon, John Saindon, Farris Saindon (Amanda), Alexandra Quick, Sharon Kay (ex wife); and other relatives in Mountain Grove, MO. Share condolences at www.CozineMemorial.com. Arrangements by Broadway Mortuary.
In lieu of flowers, please make donations to the Humane Society of America or another animal rescue of your choice.
While my dad was all of the above he was so much more than what he did. He was my hero. Anyone that knows me knows that in my eyes, he was on an extremely high pedestal. The best way to honor and share the man that he truly was is to share with you the impact he had on me as his daughter.

I was a Daddy’s Girl all the way to the very last breath he took. Saying that in past tense is harder than I ever imagined it would be. I knew it would be hard, but actually, it is excruciatingly painful.

I grew up watching him do amazing things with his mind and his hands.  I watched his drive and his energy. I watched the respect he garnered which sometimes bordered on fear. His ability to succeed at anything he chose to succeed at was unbelievable and fascinating.
While I learned many life and technical skills from my dad, the things I cherish most are the ones that make me who I am today. He taught me to be tough. Most of the time, too tough. Like him, asking for help is not something I’m good at. But in the end, he held his hand out to me and asked for my help. He relied on me and that took amazing strength for him to do and I cherish the trust he put in me. He taught me to hold myself to a higher standard. The standard he held himself to in everything he did was something to behold. If he decided to do something, it was going to be done right and it was going to be done better than it had ever been done before. He taught me that failure wasn’t an option. I have spent my whole life making sure I didn’t fail. It is a heavy burden at times, but making him proud was my number one objective in life.  He always told me there was no second place, only first! He strove to be number one in everything he did.
He showed me that you could do anything you put your mind to if you wanted it bad enough. He would tell me mind over matter my whole life. Can’t was not in his vocabulary and he didn’t accept it in anyone else’s vocabulary either. Towards the end, when he was hurting so much, I would have to remind him of that sometimes. I would remind him mind over matter and mind over the pain to give him some solace and to remember who he was. He would get mad at me, Make a face, then grunt his man up grunt, then thank me later for reminding him to Turk up!
These things were all hard lessons learned and didn’t come without their price. It is a struggle to always feel the desire to be the best at what you are doing and it is a struggle to strive to never fail. Sometimes I have cursed him for these lessons he taught me. But they have made me who I am and they have been a large part of my success as a person. I am proud of the lessons he taught me and so thankful he did. The lessons were hard, but they were valuable.

I grew up as a biker’s daughter. Then a racers daughter. Then I was the daughter of Turk, the guy that couldn’t miss a bullseye if he tried. With that came a certain amount of respect and fear by osmosis. It also came with a tremendous amount of pride from a daughter than will never be the same with out her daddy.

I was his baby duck. Even at 50 years old, he never stopped calling me baby or baby duck. He was more tender than most new. I always knew he was proud of me and loved me. I was the one he called when he wanted to share something he had done, wanted to vent, or when he was in hurting. I was who he called when he needed something. We were the dynamic duo. He loved his family, all of us, even though he had a hard time showing it at times. After all, Turk can’t show a soft side, it would damage his image! He struggled to show those he loved how much he truly loved them, but he loved them all the same.
I know my dad had a lot of fans out there. He had a lot of people that respected him and loved him. There were a lot of people that wanted to be like my dad. He was an amazing person. There are a lot of people out there that are hurting that he no longer walks among us.
His spirit, tenacity, intelligence, talent, spunk, and spite will never be forgotten by so many. He was a legend in his own time (self-proclaimed as well as publicly labeled) and the world will never be the same without him.
I miss you so much daddy. I love you. I will forever be your heart and soul, your hands and feet (his favorite saying to get stuff done), but most of all your loving daughter and your baby duck.
My family and I watched my daddy take his last breath and fight all the way to the end to stay with us it true Turk style.  I miss him so very much. So much so that it hurts to breath.
RIP Daddy.


To order memorial trees or send flowers to the family in memory of Larry Dale, please visit our flower store.