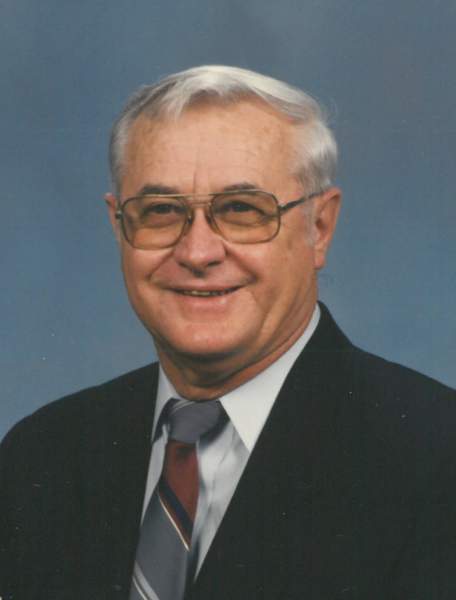 Larry L. McKown, 87, retired investment banker, died December 20, 2020. Larry was born in El Dorado, Kansas on September 11, 1933. He was the president of his high school freshman class of 1948 and senior class of 1951. He was a 1951 graduate of El Dorado High School, Butler County Community College in 1953, University of Kansas in 1960, and was a member of the Sigma Nu Fraternity. He served in the United States Marine Corps from 1953 to 1956 with the rank of Sergeant and served in Korea. He was a member of the Kansas University football team from 1956 to 1958 at the position of quarterback. He was Honorable Mention All-Big Eight in 1958.

He was a long time member of the Holy Cross Lutheran Church and served on the Board of Directors, Day School Committee, Adult Bible Class teacher, and Webelo Boy Scout leader, as well as a member of several Building Committees.

A visitation with family will be held from 2:00-4:00 pm, Sunday, December 27, at Broadway Mortuary. A viewing will be held at 12:30 pm with the funeral service following at 1:30 pm, Monday, December 28, both at Holy Cross Lutheran Church. Burial will follow at Lakeview Cemetery. Memorials have been established with Holy Cross Lutheran School, 600 N. Greenwich Road, Wichita, KS 67206, and the American Cancer Society. Share condolences at www.cozine.com. Services by Cozine Memorial Group – Broadway Mortuary.

To order memorial trees or send flowers to the family in memory of Larry McKown, please visit our flower store.