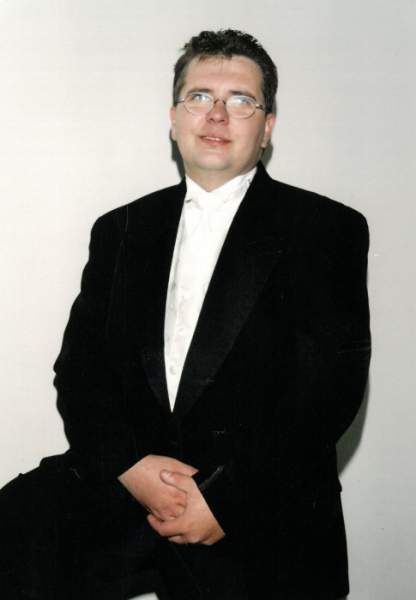 Larry Lee Wierwile, 46, passed away peacefully on Monday October 11, 2021 with his mother and sister at his side. We think he did this to avoid having to pay taxes, his medical bills and to find a comfortable bed that he actually liked.


Celebration of Life service will be held on Saturday, November 13th, 11am, at First Evangelical Free Church, 1825 N. Woodlawn.

Larry is preceded in death by his grandparents; Guy and Bettie Elsten, Aunt Diane Wierwille, Cousin Tiffany Jo (Croft) Geiser, Uncle Sonny Beall and many others he mourned to be reunited with.


Larry was born on August 19, 1975 in Wichita, Kansas to Terry Lee Wierwille and Janet Louise (Elsten) Dodd. Larry had the best three years of his life from 1975 - 1978. His sister, Chrissy was born and was a pain in his side for the next 43 years.


Growing up Larry loved adventures in all forms: fishing in Cowskin creek, hunting, racing his Mongoose bike, trying to ice skate on a neighbor's pond, knocking down abandoned sheds, skipping school, working on cars to race with buddies and anything in between. Larry attended Wichita High School Northwest, graduating in 1994.


Larry had a stroke, at the age of 21, that left him unable to do many things that others could do. This did not stop him from his love of people and cars. Larry worked his way to become a manager at O'Reilly's Auto Parts in Newton, he was their unofficial spokesman for "how to fix things". He loved his job, as it was fitting for him to tell everyone how to fix their cars and even try to help in the process.


Larry's love for people and cars did not stop at O'Reilly's, he loved his friends and family with no question. Larry expressed his love in many ways; by helping everyone he knew, sending money to those in need, watching his nephews when they were ill or out of school and sending inappropriate jokes through messenger. He was known for his lack of patience with his family, mainly because most of them are girls and they all talk way too much. He rarely held back his opinion and always had a knack for telling it as it is. He always told you the truth even if it wasn't what you wanted to hear.


If you were close enough to Larry to hear a story from his past, you then know you would hear that same story a thousand times over. He never took fashion cues from anyone, loved his Dallas Cowboys hat, plaid shirts and mismatched clothes. We always joked that he should have been a plumber.


All jokes and smiles aside, Larry had a long battle with health issues and his spirit was finally set free from his worn out shell and is now off to do unlimited things. He loved his family, friends and animals. He loved every bit of you, no matter how close you were to him, he loved you. His words of wisdom for so many, "I love you" and "It is what it is" will forever be in our hearts.

To order memorial trees or send flowers to the family in memory of Larry Wierwille, please visit our flower store.