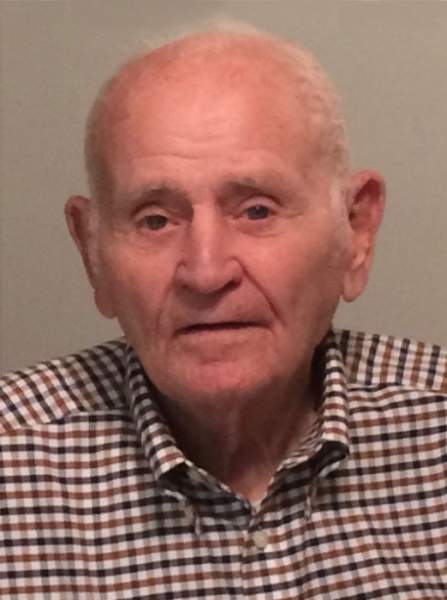 Shiney Breit passed away December 3, 2020 from Covid. He was born in Jetmore, Kansas. He spent his youth in western Kansas before settling in Wichita. After completing his military service, he married his loving wife Ruth, in 1946. From a shattered childhood, Shiney built a solid family. He and Ruth had six children: Gary Breit, Jeanne Krutmeier (Stan), Shirley Baker, Phyllis Collins (Gary), Michael Breit and Gloria Breit. He treasured every one of his 13 grandchildren, Jeff, Sarah, Krista, Heidi, Don, Mark, Katie, Elizabeth, Matthew, Amy, Tyler, Nick, Michael, and the 19 great-grandchildren. In 1972, he and his wife moved to Albuquerque, NM. In the years that followed, he enjoyed traveling, fishing, and building a cabin in the mountains. Shiney was always a football fan. He was easy to like and he had a quick humor. He was a devoted family man, valued education and shared his love of the outdoors. He was preceded in death by his parents, Theodore and Clara (Urban) Breit; four brothers, Gene, James, Ralph John; and sister, Janet. Shiney is survived by his wife, Ruth; his son, Gary; and daughters, Jeanne, Shirley, Phyllis and Gloria. In lieu of flowers, the family suggests donations be made to: Lifeline Animal Placement & Protection (LAPP) at 310 W 45th St N, Wichita, KS 67204. Private family graveside services will be held. Share condolences at www.Cozine.com. Services by Cozine Memorial Group-Broadway Mortuary.

To order memorial trees or send flowers to the family in memory of LaVerne Breit, please visit our flower store.