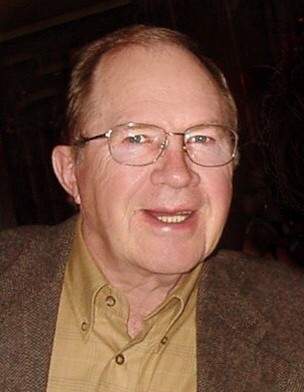 The Banks family sadly announces the passing of their beloved father, grandfather and great-grandfather, Lee Banks, at the age of 91.


With a long family history in Kansas, Lee was born to three generations of homesteading Kansas farmers and merchants in the Gypsum valley of Kansas. Some came as “free-staters”, and others as buffalo hunters or Union veterans of the Civil War. His father and grandfather operated Banks Hardware in Gypsum, Kansas. Lee described it as a good place to grow up in the post-Depression era as “we were all poor, so we didn’t even know it.” His storytelling and prank skills were honed at a young age, and he regaled tales of he and brother Max in this apparent paradise. As an all-round farm hand, Lee’s skill in horse training, occasional jack rabbit foot races and livestock raising were honored at state and local shows, and he won several state fair Grand Champ titles.


Lee won the heart of his wife-to-be in 8th grade. An unfortunate series of events left Carlene Olson’s clarinet locked away in the 2nd floor Gypsum High band room. Not to be outdone by a locked door, Lee scaled the building and rescued the clarinet. After that the music never stopped.

Resilient and enterprising, his first business venture was custom combining while still in high school. Filling a market need for regional wheat harvesting, Lee assembled a set of machinery and crew who followed the summer harvest from Oklahoma into the Dakotas each year. This is how he put himself through college, law school and partnered, while in college, with his father to open Banks Implement in Abilene, Kansas.

Lee graduated from Gypsum High School and continued his education at Bethany College and Kansas Wesleyan University. His oratorical feats and “Kansas and Free Enterprise” speech won him the Kansas Oratorical Contest in 1951. An accomplished trombonist, he also entertained many, tap dancing along with a one man band. Thankfully, although encouraged for an entertainment career, he instead pursued law school.

Lee and Carlene were married in her family home in Gypsum, Kansas in 1952. Lee completed his law degree from Washburn University in Topeka and they celebrated the birth of their daughter, RoxAnn. While serving in the military as a Sargent and teaching Constitutional Law at Fort Chaffee in Fort Scott, Arkansas, son Scott was born. By the time he had left the Army, he had drilled his first oil prospect and developed skills to become an Oil Landman in Liberal, KS. A move to Wichita a few years later brought the founding of Banks Oil in 1960, followed by the birth of son Todd. Lee was active in the petroleum industry beginning in 1956, with leadership roles in the Kansas Independent Oil and Gas Association, Wichita Landman’s Association and the Wichita Petroleum Club.


Success in the oil business fueled Lee’s interest in land investments. Over the coming decades, he would treat his family to many adventures enjoying and managing properties of interest. Buying and selling parcels of rural land across the Ozarks, Great Plains and as far north as Winnipeg, it was easy to see that like his ancestors, he loved land and it’s possibilities.

“Not only an astute businessman,” noted a friend, “he was blessed with the combination of a fine sense of humor and the capacity to keep his feet on the ground at all times.” Many are able to recount his practical jokes, as he knew the power of laughter and was not one to worry, but rather to work.


Lee will be remembered by his family for his love of tuneful duets, trombone solos, classy dancing (punctuated by the Gypsum hop), collection of office toys, and his admiration for a well mown pasture. He will also be regarded for his generosity to his family, and to the local arts community. His and Carlene’s patronage of the Wichita Art Museum can be seen on the walls of the Banks Rotunda. He also established the Banks Family Foundation, Inc. with his daughter and son.

He joins his diamond in the sky, wife Carlene Olson Banks, along with son Scott Banks, parents Ruby McDowell Banks and Leslie Elvin Banks, and brother Max Elvin Banks who preceded him in death.

In this time of need for many, a Memorial has been established with the Kansas Food Bank, 1919 E. Douglas, Wichita, Kansas 67211. A Celebration of Life will be planned at a later date. Share tributes online at www.cozine.com. Services by Cozine Memorial Group-Broadway Mortuary.

To order memorial trees or send flowers to the family in memory of Lee Banks, please visit our flower store.