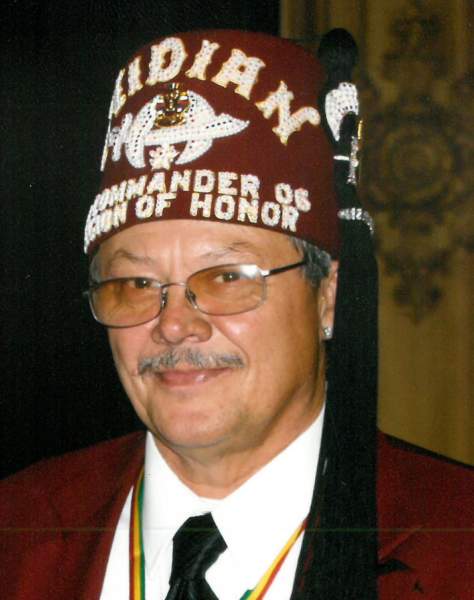 Les was a good man that always thought of others and enjoyed a life of service.  He was a Navy Corpsman serving with the 3rd Marine Division in Viet Nam.  He saw considerable combat in Viet Nam and was awarded numerous commendations and awards including the Purple Heart.  Unfortunately, it was this service that eventually took him away.  A member of the Lakota Sioux he was active in local native American affairs and was often seen at the Mid-American Indian Center during Pow-Wows.  He served as a board member to the Hunter Health Clinic for six years.  Les was also a long time member of the Shriners and a former Commander of the Legion of Honor.  He was an ordained minister.  Politics were another interest for him.  He was active in the republican party and was elected to the Kansas House of Representatives representing the 97th District.  His last gift to others was being an organ donor.

A graveside service will be at Kansas Veterans Cemetery at a later date which will be announced soon. Les is preceded in death by his parents and numerous siblings. He is survived by his companion of 20 years, Louise Meade; 2 half-sisters; 2 grandsons and 2 great-granddaughters. A memorial has been established with Shriners Hospital for Children. Share condolences at www.cozine.com. Services provided by Cozine Memorial Group – Broadway Mortuary.

To order memorial trees or send flowers to the family in memory of Leslie Osterman, please visit our flower store.