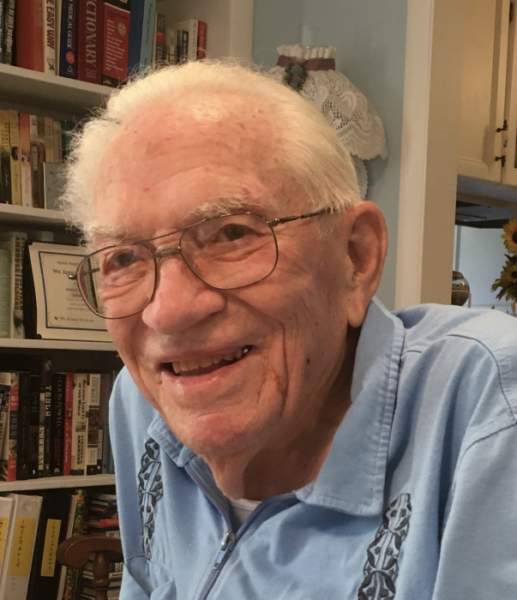 Dale was born Lloyd Dale McKee Jr. on September 7, 1929 in Wichita, Kansas to parents Lloyd Dale McKee Sr. and Lois C. McKee. He was the oldest of the children, with brother Larry coming along a year later and brother Eldon 10 years later. Eldon died at age 20 in 1959.

Dale lived in Wichita nearly his entire life. His childhood family moved to several different houses, but always in the same general area just south of downtown. There was a short time in which they lived in Pratt, KS, but otherwise it was always Wichita. He started school at Kellogg School, and later went to Lincoln School, Hamilton Intermediate, and East High School.

He was married twice, first to Marlene Maphet. To that marriage were born two sons, Bryon and Kent. That marriage ended in divorce and he later married Lois Parker who had been widowed. She brought four children to the marriage, Jim, Greg, Kenny and Linda Parker. He took on this new family and treated them all as his own. Some of his favorite times were road trip vacations with all six kids.

He was in the Kansas Air National Guard and later the U.S. Air Force, working as an aircraft mechanic. He had a lifelong fascination with airplanes and trains.

He had a long working career that mostly involved some sort of mechanical work. After his stint in the Air Force, he began work at Mears Electric Co., repairing electric motors. That job took him forward into a lifelong involvement with that industry. During his time with Mears he also began repairing hermetic refrigeration and air conditioning compressors. In 1967, he and a partner bought Mears Electric and ran it for several years. They eventually sold it to another company and in 1976 Dale started his own company called Dale McKee Electro-Mechanics. That is the job he stayed at until retirement. They did a variety of things, but among them were building bridge cranes, rebuilding a large glass tempering oven, repairing hoists, repairing irrigation systems, generators, welders, etc. He had a gift for diagnosing and repairing just about anything, and that knowledge was with him to the very end. He was a valuable resource for family and friends long after his ability to do the work himself was gone. His ideas and advice will be greatly missed.

He lived a very long, full life. He suffered with increasing disability in the last 10 or 12 years of his life, but he handled it with grace and accepted each new limitation without complaint. His was a life well lived and he was more than ready to leave this earth and head to his heavenly home for an eternity with his Savior.

To order memorial trees or send flowers to the family in memory of Lloyd Dale McKee, Jr., please visit our flower store.