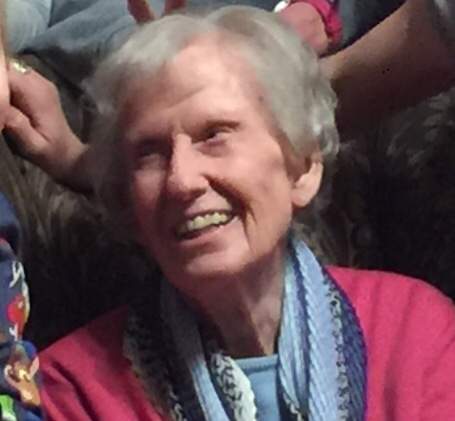 Lois Ilene Fincham was born on March 13, 1930 at the old family farm 4 miles east of Blue Rapids KS to Eugene 'Jack' Fincham and Myrtle Esther Sutton. After graduating from Blue Rapids High School in May 1947, Lois worked in Manhattan as a grocery store clerk for several years.

She met Arthur B Wedekind in Manhattan and they married on 10/01/1948. They had 5 sons and primarily lived in Manhattan with a couple of years in Dodge City and Topeka. Lois served as the president of the VFW Women's Auxiliary in Manhattan for several years during the early 70s. Art & Lois divorced in 1973 and she married Robert C Moehlman in August of 1975. They lived in Chadron, NE several years before returning to Kansas to live in the Wichita area.

Professionally, Lois was a bookkeeper for many years at Kansas State University then later with the state hospital in Winfield, KS. Upon retiring, Lois and Bob lived in Manhattan and Council Grove, KS then moved to Casa Grande, AZ where they spent many years. She enjoyed dancing and supporting her boys activities but her favorite past-time was playing golf.

She was preceded in death by both her parents; her twin sister, Louise Fincham, as well as her husbands, Art Wedekind and Bob Moehlman. She is survived by her aunt, Bernice Sutton Hulcey of Wheat Ridge CO; an older brother, Gene Fincham of Blue Rapids; her younger twin sisters, Lola Thompson of Sun City, AZ and Lova Kraft of Abilene KS; and by her sons & daughter-in-laws -- Bill of San Antonio, TX, Gunny & Theresa of Yantis, TX, Scott & Debbie of Frederick, CO, Tracy & Cenia of Louisville KY, and Randy & Sheri of Wichita, KS. She had 23 grandchildren, and 38 great-grandchildren.

Open viewing will be 8 am-7:30 pm, Tuesday at Broadway Mortuary in Wichita with a Graveside Service taking place 10:30 am, Wednesday at Prospect Hill Cemetery, outside of Blue Rapids, KS.

To order memorial trees or send flowers to the family in memory of Lois Moehlman, please visit our flower store.