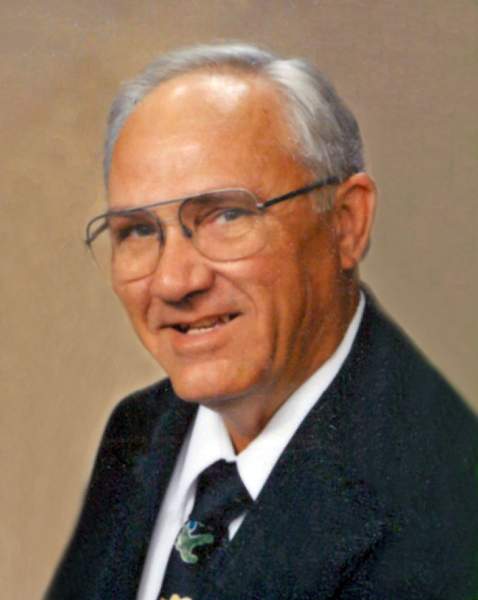 Lynn H. Buerki , 88, farmer, loving father, grandfather and friend, died June 8, 2020. A visitation with family will be held from 6:00 -8:00 pm, Thursday, June 11, at Broadway Mortuary. Funeral service 2:00 pm, Friday, June 12, at Goddard United Methodist Church. Lynn was born February 19, 1932, the son of Herman and Lynda (Brunkau) Buerki. Lynn was actively farming until his death. Lynn was a graduate of Wichita North High School. After the passing of his father in 1952, he took over the farm in partnership with his mother. Lynn was 19 at the time. In 1954, Lynn married Shirley Parry. Lynn and Shirley were youth leaders at Calvary United Methodist Church, members of the First Church of the Nazarene, and attended Goddard United Methodist Church. They were married 56 years before Shirley’s death in 2012. Lynn was involved with the Boy Scout Troop #462 at Calvary, becoming a Scout adviser and Scout Master. In 1957, he was awarded the Outstanding Young Farmer of Sedgwick County. He participated in terracing contests, was an Illinois Township Trustee for 12 years, and Community Health Chairman. Lynn was actively involved in the Young Hunter Safety Clinic as an instructor and a Farm Bureau Safety Director for 26 years. Farm Safety Seminars were held every year at the Buerki farm for a number of years. Lynn operated a Grade A dairy and was a member of the Kansas Artificial Breeders Association. In 1970, he and Shirley were awarded the Farm Family of the Year. Lynn is most remembered as “Mr. Conservation”. Lynn was a member of the Sedgwick County Conservation Board of Directors for 62 years. He was President of Kansas Association of Conservation District Area III and was part of a Congressional delegation from Kansas to Washington, D.C. Lynn planted over 500,000 bare root trees in Sedgwick County. He was also a member of the Wichita Farm and Ranch Club. Lynn Buerki will always be remembered as a faithful steward of the land. He was preceded in death by his parents, Herman and Lynda Buerki; and his wife, Shirley Buerki. He is survived by his son, Dan (Janice) Buerki of Wichita; daughters, Pam (Rick) Rogers of Hutchinson and Tish (Ken) Dimick of Goddard; 8 grandchildren and 18 great-grandchildren. A memorial has been established with The Lynn Buerki Memorial Conservation Award Fund (payable to: Sedgwick County Conservation District), 11832 W. Central, Suite 100, Wichita, KS 67212.

<
To order memorial trees or send flowers to the family in memory of Lynn Buerki, please visit our flower store.