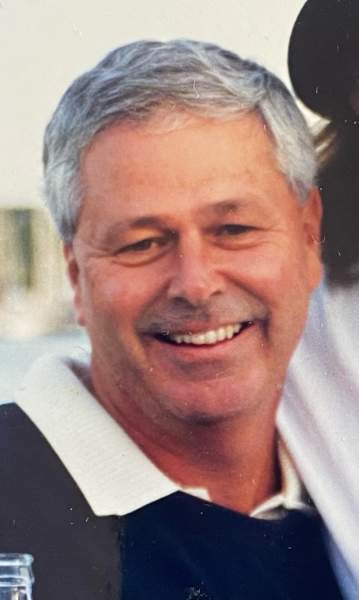 Marc was born on February 16, 1948 in Wichita, Kansas to Fred and Ruth Ann Gorges. The oldest of three boys, Marc was preceded in passing by younger brothers Mike and David.  Marc attended Magdalen Catholic School, followed by Kapaun Mt. Carmel Catholic High School before moving to Lincoln, Nebraska where he received his diploma from Pius X Catholic High School.

Marc, known as “Pull Cart” by a close group of golfing buddies was an avid golfer who followed his passion for the game, after high school, by taking scholarship opportunities from North Texas State University in Denton, Texas and then Wichita State University in Wichita, where he received a degree in business with a minor in psychology. During college, Marc worked for Dan and Frank Carney at Pizza Hut and eventually opened Tony’s Pizzeria at 2660 S. Oliver St. in Wichita years later.  Marc’s father Fred was a second-generation auto dealer who acquired a Volvo franchise in 1957, which was an up-and-coming import brand at the time. Fred passed away in 1977 and, although it wasn’t his first passion, Marc accepted the responsibility of his father’s dealerships.  Marc and brothers Mike and David became partners in the business and moved it from Broadway to the site of his restaurant at 2660 S. Oliver.  Marc, Mike, and David continued to grow the business, acquiring several other franchise brands including Saab and Volkswagen.  Marc’s brother Mike eventually moved back to Nebraska to open a Volvo store of his own and David explored other opportunities in the auto business.  Marc remained in Wichita to continue to grow the business and through great partnerships with Vic Scholfield, Steve Hatchett, Tom Devlin, and Al Whittman built a new facility at Greenwich and Kellogg to house 7 more franchises.  He also co-founded AdvantEdge Quality Cars in the mid-1990’s as well as Gorges Auto Finance, and American Auto Finance Services.

Marc loved the car business but, if you asked him what he cherished most in life, he would tell you it was his family and wonderful group of dear friends!  Marc was honest to a fault, consistently put others before himself, and was passionate about the people around him.  He loved smoking cigars, drinking wine, playing golf, and talking about life and business.  He always said, “I will retire when I die”……………We know he is looking down with his favorite cigar and glass of wine talking about life, business, and golf enjoying the hell out of his retirement!!

To order memorial trees or send flowers to the family in memory of Marc Gorges, please visit our flower store.