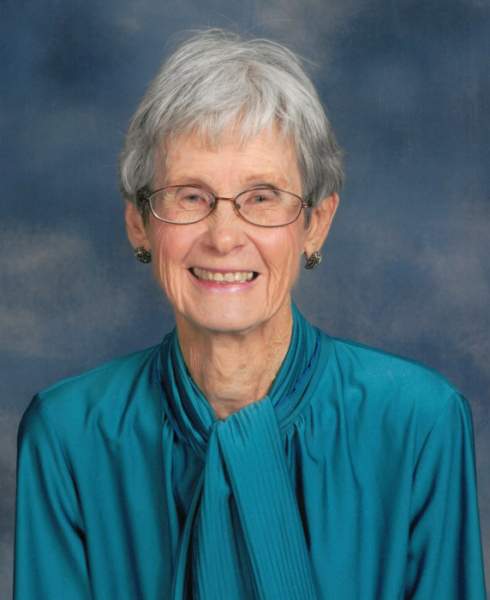 
Marilyn Claire Saunders Wullschleger, 94, died on Friday, October 7, in Wichita.  Born on February 1, 1928, in Little River, Kansas, she was the third of four children of Hazel Maude Smith Saunders and John Charles Saunders.  Marilyn grew up in Little River and graduated from Little River High School in 1946.  She met her future husband, Herbert Carl Wullschleger, Jr., who worked for the Little River newspaper after completing his service in the US Army during World War II, and they were married on November 17, 1946.  They lived in Little River and in El Dorado, before moving to Wichita for Herb’s job with the Wichita Eagle.  They made their home in Wichita where they raised their three sons.  Herb died in June 1999 after a brief illness.  In addition to her husband, Marilyn was preceded in death by her parents, brother, both sisters, mother-in-law and father-in-law, sister-in-law, 4 brothers-in-law, 2 nephews, and 2 nieces.  She is survived by her sons Gary (and wife Linda) and Jerry (and wife Lorinda) of Wichita, and son Terry (and wife Janice) of Smyrna, Georgia, as well as 5 grandchildren, Carey (Marty) Boyzuck, Curt (Rachel) Wullschleger, Sara (Jeff) Moccardine, Cliff Wullschleger, and Grant Wullschleger. 9 great-grandchildren, 1 brother-in-law, 7 nieces and nephews, and 9 great-nieces and great-nephews.