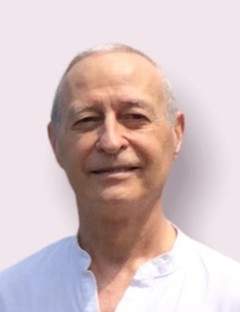 Mark Johnson, 70, passed away on Monday, January 24, 2022, after a short illness.  Mark was born January 26, 1951, at St Joseph Hospital in Concordia, Kansas to Lillian and Max Johnson.  He grew up with his three brothers and twin sister in the Jamestown and Concordia areas, later attending Cloud County Community College and Kansas State University.  In 1974 he married Trisha Cherney-Wright and they had a daughter, Erika.  During this marriage he was also stepfather to Kevin, Stacie and Shannan Wright. In 1995 he married Lesley Neal from England.  This marriage lasted for almost 26 years until his death.

In Concordia, Mark worked for the city as the park superintendent and a firefighter.  He later worked in the aviation industry over a period of 36 years.  He expanded his horizons by embarking on international assignments in both France and Italy, as well as domestic assignments in Seattle, WA.  Mark was privileged to work on the Air Force One program, and during his career he received several awards for his work in the industry.

He was preceded in death by his father, Max, his mother, Lillian, and his twin sister, Marcia.  He is survived by his wife, Lesley, daughter, Erika Julian, stepdaughters, Sarah (Jon) Mobey and Jamie Neal, brothers Kent (Yvonne), Karl, and Randy (Venita), his grandchildren, Emma and Tyler Julian and William and Sofia Mobey, and several nieces and nephews.

Memorials can be made to United Way of the Plains, unitedwayplains.org

To order memorial trees or send flowers to the family in memory of Mark Johnson, please visit our flower store.