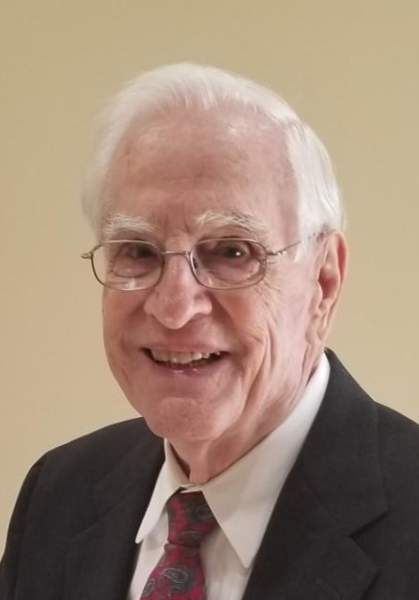 Martin was born November 18, 1931, in Chanute, KS, to Donavan Wise Smith and Elfleda Belle (Daggett) Smith. He passed away on April 15th at the age of 90. He was married in 1960 to Barbara Ann Glenn at Westside Evangelical United Brethren Church in Wichita, KS. Martin was preceded in death by his beloved wife Barbara, his parents, and his siblings (Forest, Marilyn, and Dale). He is survived by his children: Curtis (Luanne) Smith of Chicago, Stan (Laurie) Smith of Wichita, and Elizabeth (Ron) Hendricks of Wichita, and his grandchildren John Smith, Ryan Smith, Hannah Arellanes, Isaac Smith, Paul Hendricks, and Susan Muninger, and four great grandchildren. There will be no services at Martin's request.

Martin attended public schools in Chanute, Kansas City, Coffeyville, and Concordia, KS, graduating from high school in 1949. He completed a Bachelor of Arts at York College, NE (1953), a Master of Education at Wichita State University (1965), and a Doctor of Education at The University of Wyoming (1970). He served in the U.S. Army (54-56); was a Field Representative for Westmar College (56-57); was an Assist. Sales/Rental Mgr. in Wichita (57-58); and was employed by the Wichita School District for 32 years (58-91). He retired in 1991. He was a teacher for seven years and a school administrator for 25 years; serving at Mayberry and Allison Jr. Highs, and at Heights and Southeast High Schools. He worked part-time at Wichita State, Newman, and Baker Universities. Other employment at different times of his life included: Grocery clerk, farm laborer, dishwasher, bookkeeper, ditch-digger, waiter, custodian, and oil field roustabout.

Related Professional Service-Professional Practices Commission, KS St. Dept. of Ed. (5yrs.); Kansas State High School Activities Executive Board (4yrs.) and Board of Directors (8yrs.); Project Success (Univ. of Nebr. 1991) identified Martin as a "Highly Successful School Administrator" and included his responses in a study which involved over 400 administrators representing every state and territory.

Volunteer Activities after Retirement-Kansas St. High Sch. Activ. Assoc.: Hall of Fame Committee (91-95/Chair 2 yrs.); Sportsmanship Committee Chair at 6A basketball tournaments (92-94/3yrs.); represented the president of The University of Wyoming at the inauguration of a Wichita State University president; United Methodist Urban Ministry-volunteer (Board of Directors; Executive Board; Chair of Personnel Committee); and volunteer at Westside and Aldersgate United Methodist Churches in Wichita, KS.

*The family would like to extend our gratitude to the staff at Oxford Grand Memory Care and to Traditions Health for their loving care and friendship to our father/grandfather.

To order memorial trees or send flowers to the family in memory of Martin Smith, please visit our flower store.