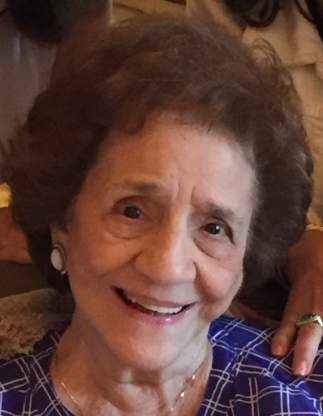 Mary Starr spent her formative years in Corpus Christi, followed by Incarnate Word College, San Antonio, Texas instructed by her adored nuns. She then taught grade school in San Antonio and Corpus Christi until she married "Ol' Blue Eyes," Harvey Anthony Campbell, on March 2, 1957. All four of Starr and Harvey's parents were Lebanese; their original paternal family names were, respectively, Eltife and Kamel.


Harvey and Mary Starr made their first home in Ohio, then moved to Pasadena, Texas. Their first Christmas gift, their eldest daughter, was born in Corpus Christi. Two more daughters soon followed, and later a son. They were Mary Starr and Harvey's life, and they ensured their children had a strong education and foundation of faith and family. Mary Starr dedicated her life to her family and God. A mentor with mild manners and a steadfast faith, she strove to live the Beatitudes and walk in Our Lady's ten virtues. Respectful and kind with gentle strength, she was a virtuous person with a heart for those disheartened. Mary Starr was a gracious hostess; no one was a stranger or left her presence without a kind word or compliment.

In 1971 Harvey and Mary Starr moved the family to Wichita, Kansas where they lived until 1979. They then returned to their home state of Texas. After the loss of her husband in 2015, Mary Starr moved to Wichita to be near her grandchildren and two of her daughters. She was a great storyteller with a wonderful sense of humor. She loved to play board games and this was the only area of her life where she had no mercy. She could beat anyone! Her favorite times were visits with family and friends regaling them with stories and jokes.

Mary Starr was surrounded by family at her peaceful yet unexpected passing. Her sweet, endearing, and faith-filled presence is already tremendously missed. We are thankful for so many beautiful memories and the Christ-like  example she lived daily. There is no stronger bond, no greater love, than a Mother's love!

In lieu of flowers, please consider a contribution to St. Jude's Children's Hospital in Memphis, TN or the Sisters of Charity of the Incarnate Word San Antonio. Thank you for your donations.

To order memorial trees or send flowers to the family in memory of Mary Campbell, please visit our flower store.